After spending more than two weeks in big cities, we all were pretty exited to escape the crowds, the skylines and the noise. Instead of driving the same way back to Chicago, we had decided to see a bit more of Canada and drive north around Lake Michigan, via Sault Ste Marie and Green Bay, Wisconsin.

Our first stop was a cottage near Algonquin National Park, the oldest national park in Ontario. It has more than 2400 lakes and a wide variety of forest types. We rented a cottage outside of the park for three days and did daytrips there, going for shorter hikes. It was very beautiful with lots of pretty lakes and streams, giant trees and an amazing wildlife. Unfortunately some of that wildlife included mosquitoes in abubdance and they were not intimidated by insect repellant or all the other measures we took to avoid getting bitten! 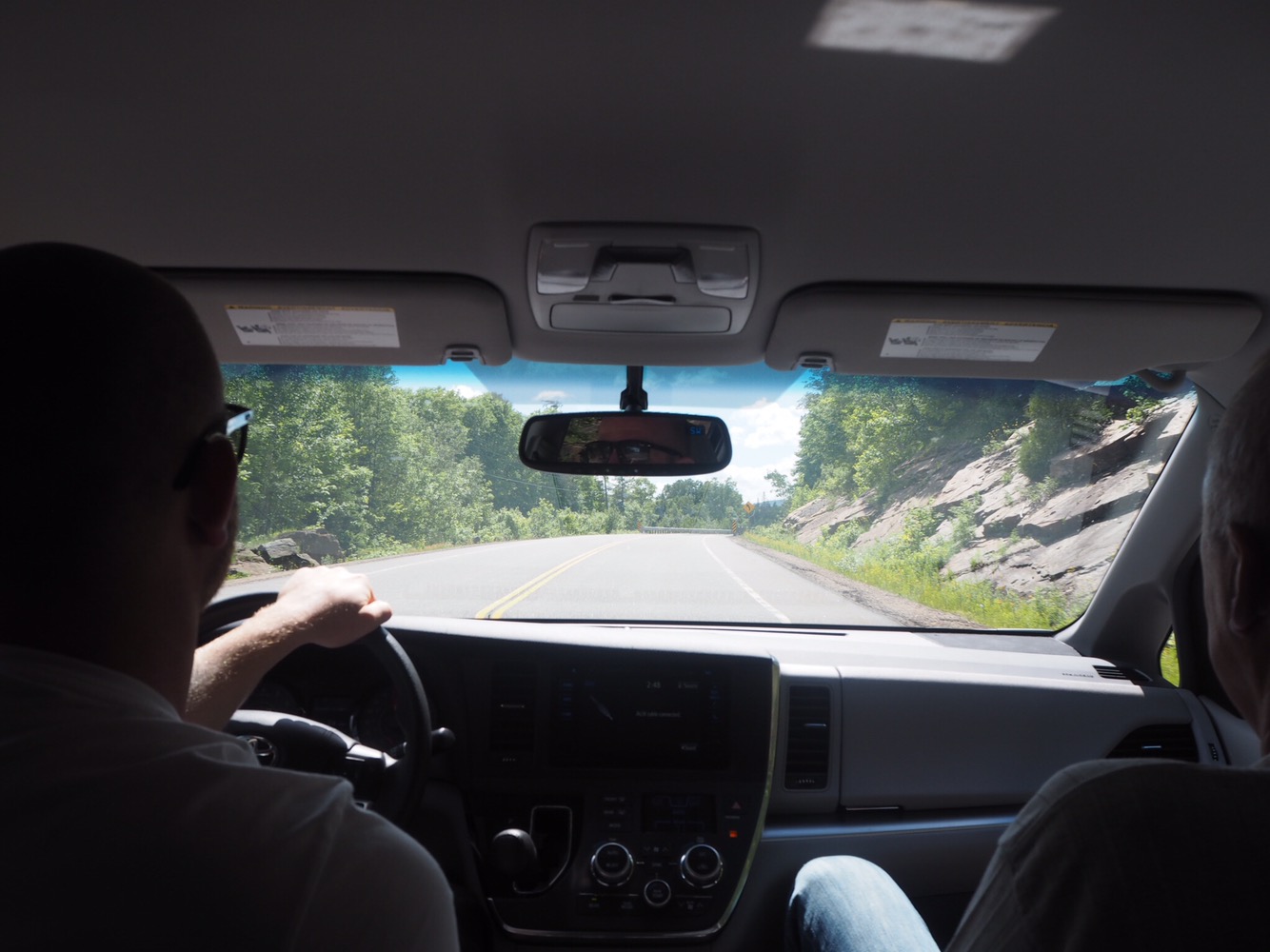 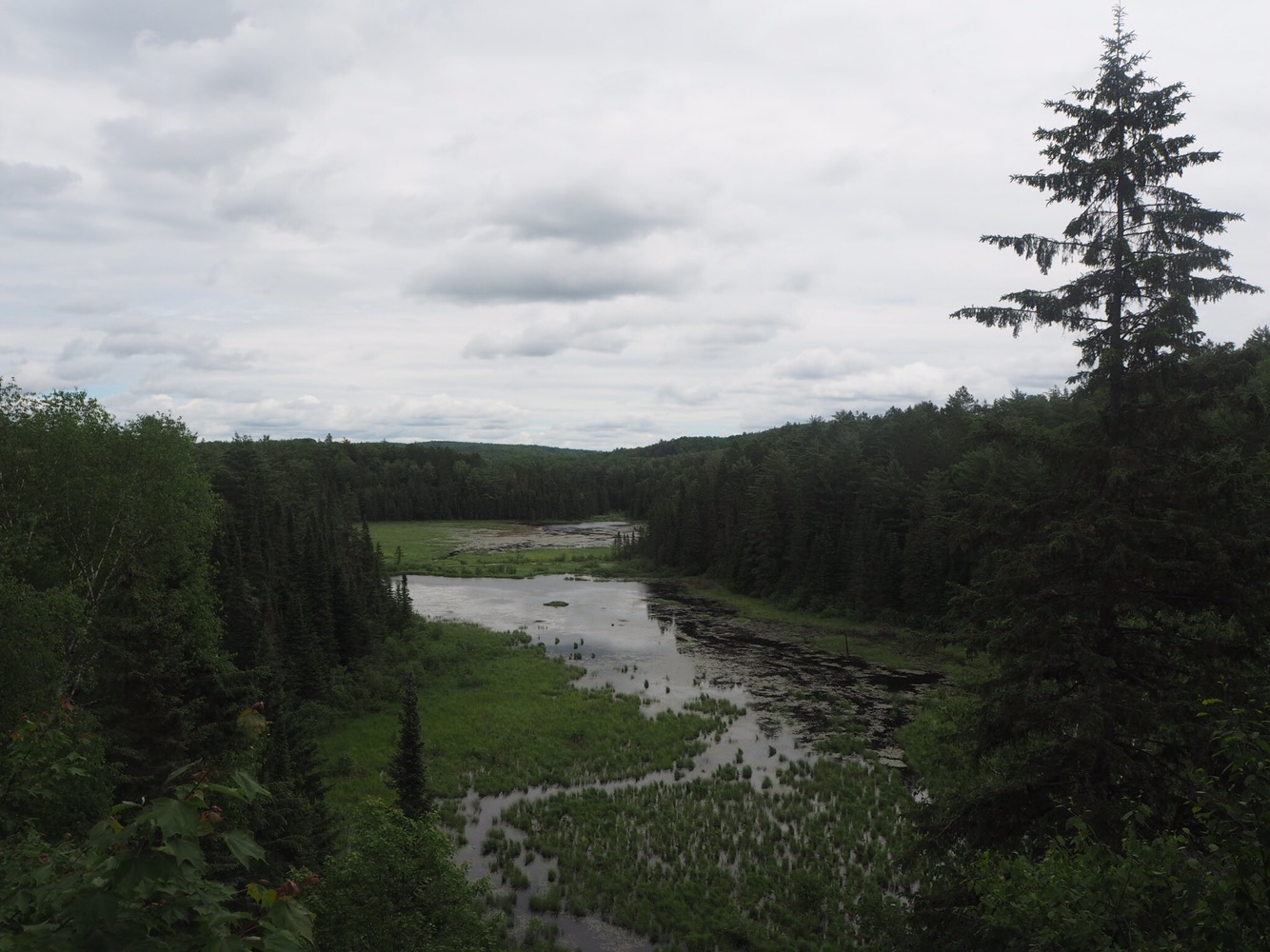 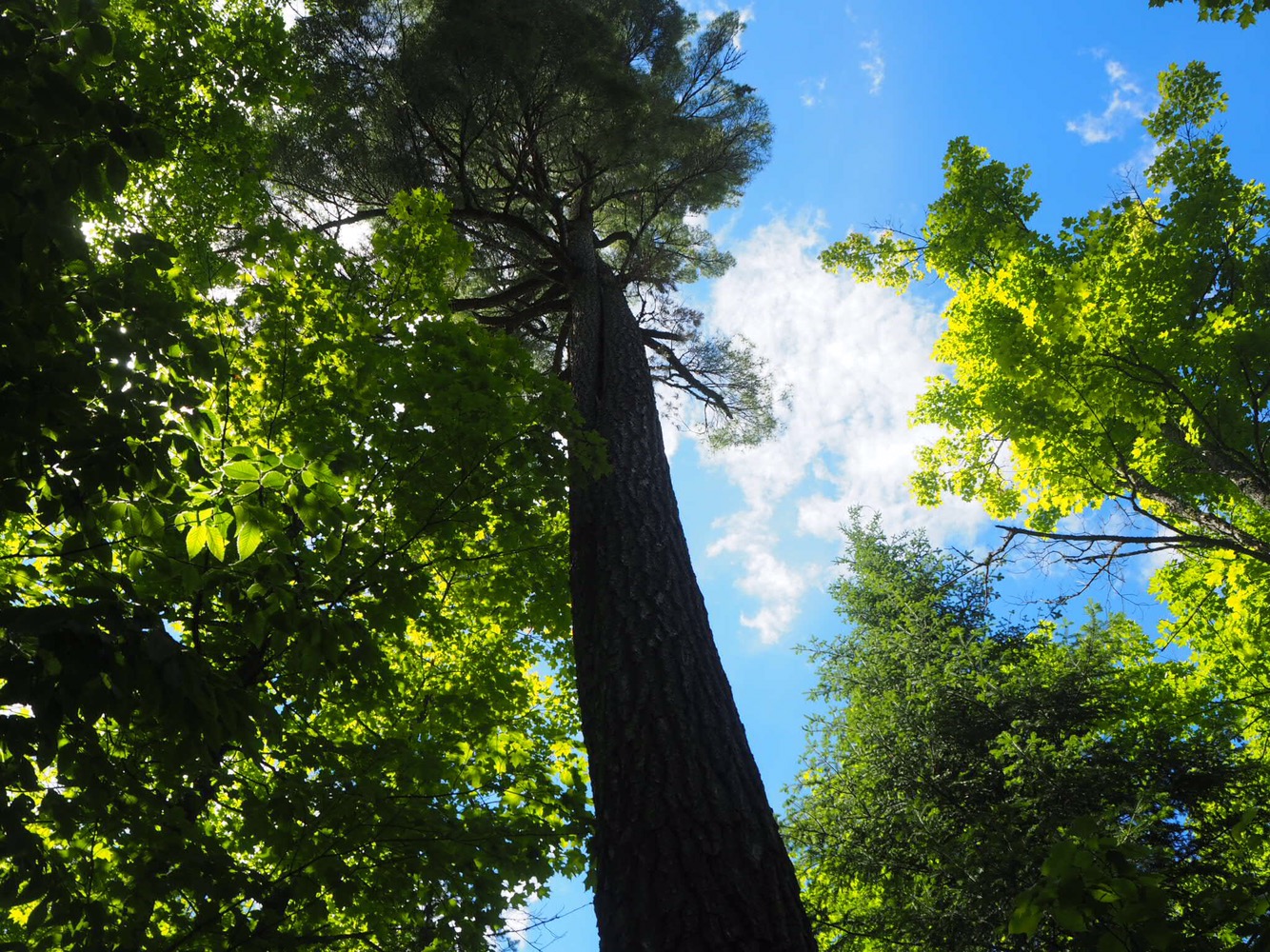 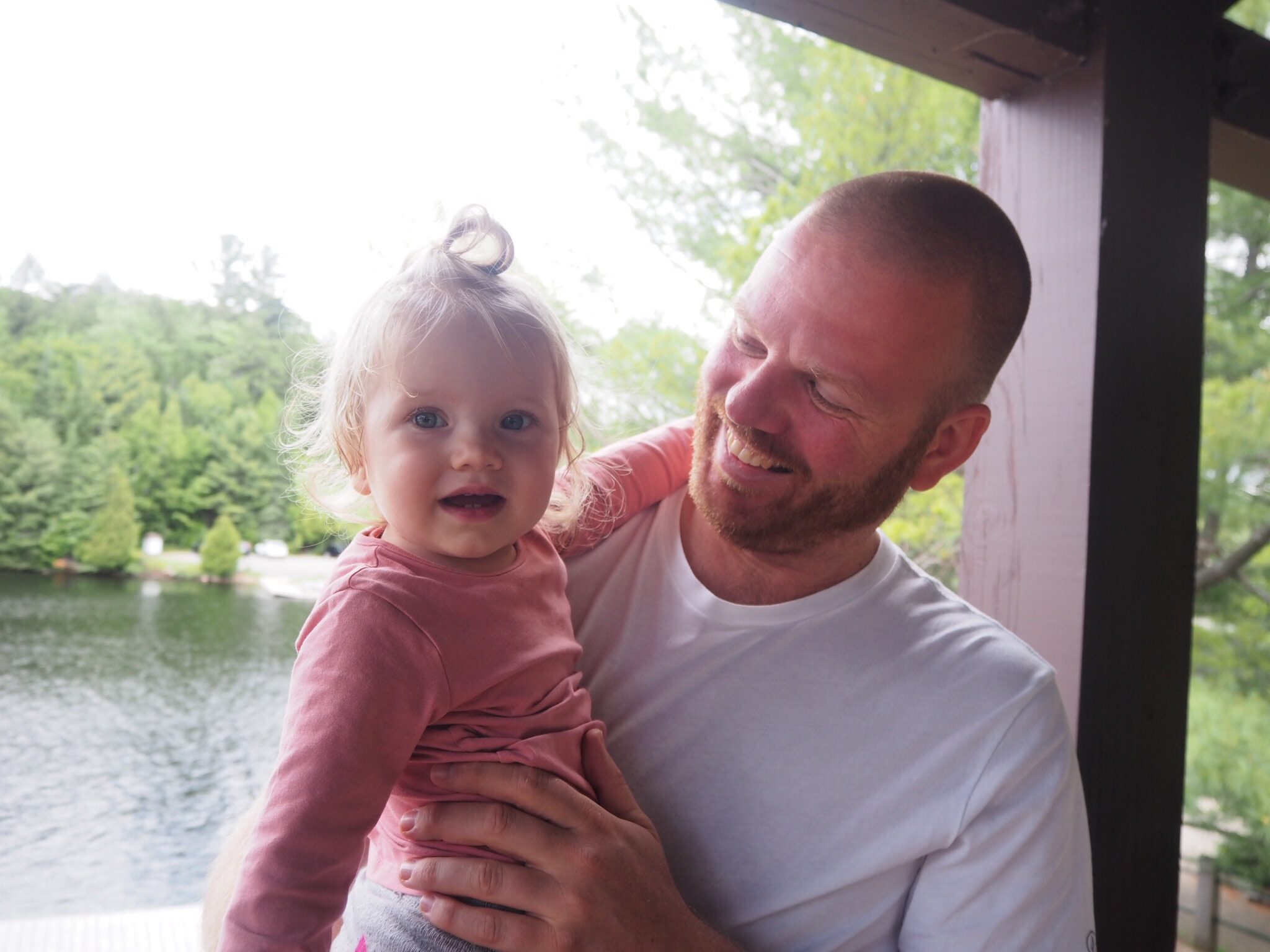 Our cottage had beautiful views of the surrounding lake with an idyllic boatramp , but spending 5 minuttes outside also resulted in at least the same amount of mosquito bites, so we mostlystayed indoors.

After three days we packed the car again and drove the long but beautiful stretch to Sault Ste. Marie, situated right by the US/Canadian border. It was nice to get far away from all the tourists and see a more rural part of Ontario. We had lots of idyllic stops at small roadside cafees and played tons of games with Mai on the backseat.

In Sault Ste. Marie we had just one night in a house rented via Airbnb. The city itself is not an attraction although it felt very homey and cosy. And it was a chance to experience a normal Canadian city.

The next day we drove across the border to Wisconsin, US and all the way to Green Bay. Again, we stayed in a house rented via Airbnb, in a classic american residential neighbourhood. We went for a walk in the area and had an amazing dinner at a brewery right by the Lambeau Field, Hinterland. If you’re ever in the area, its highly recommendable! 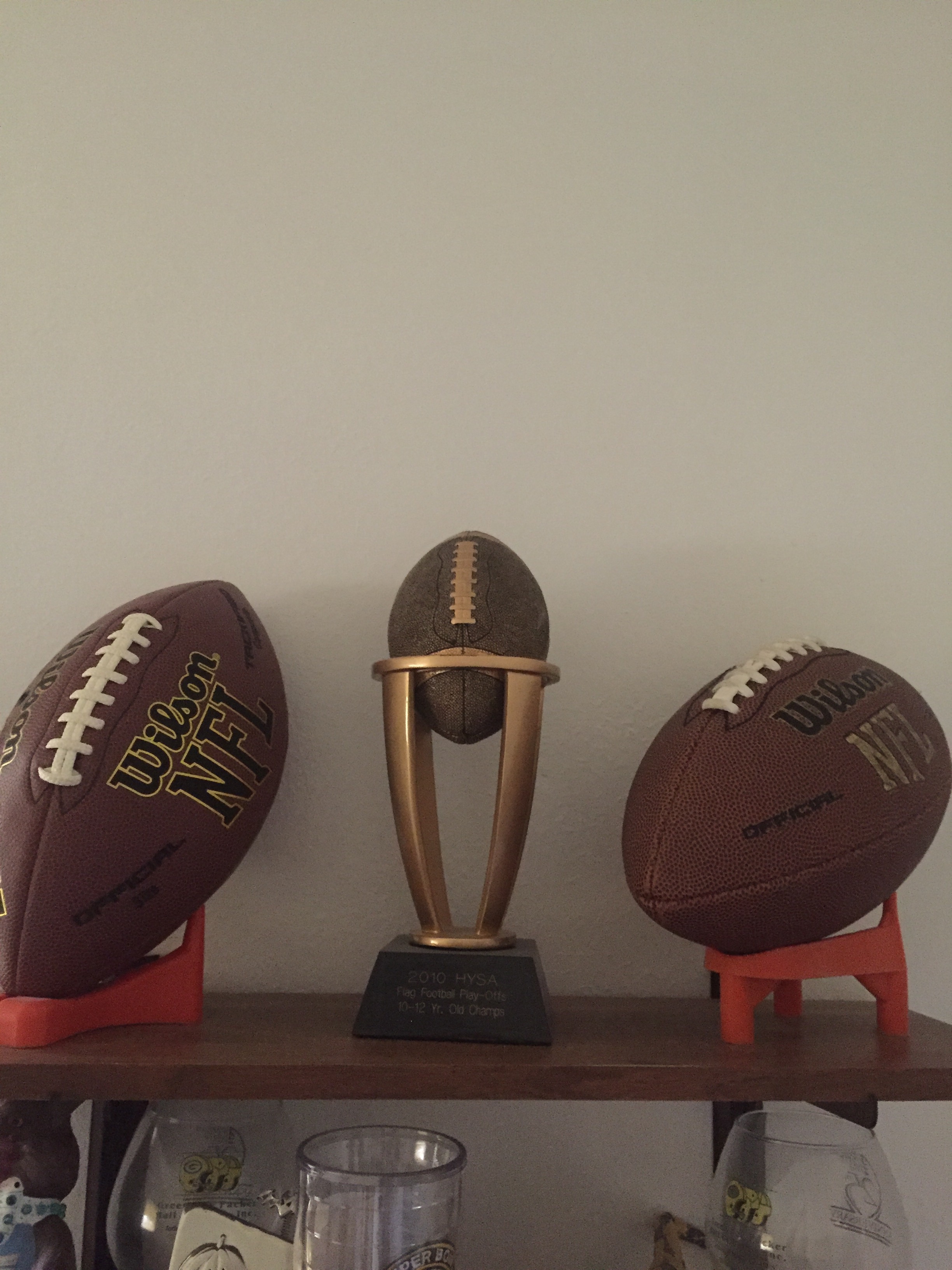 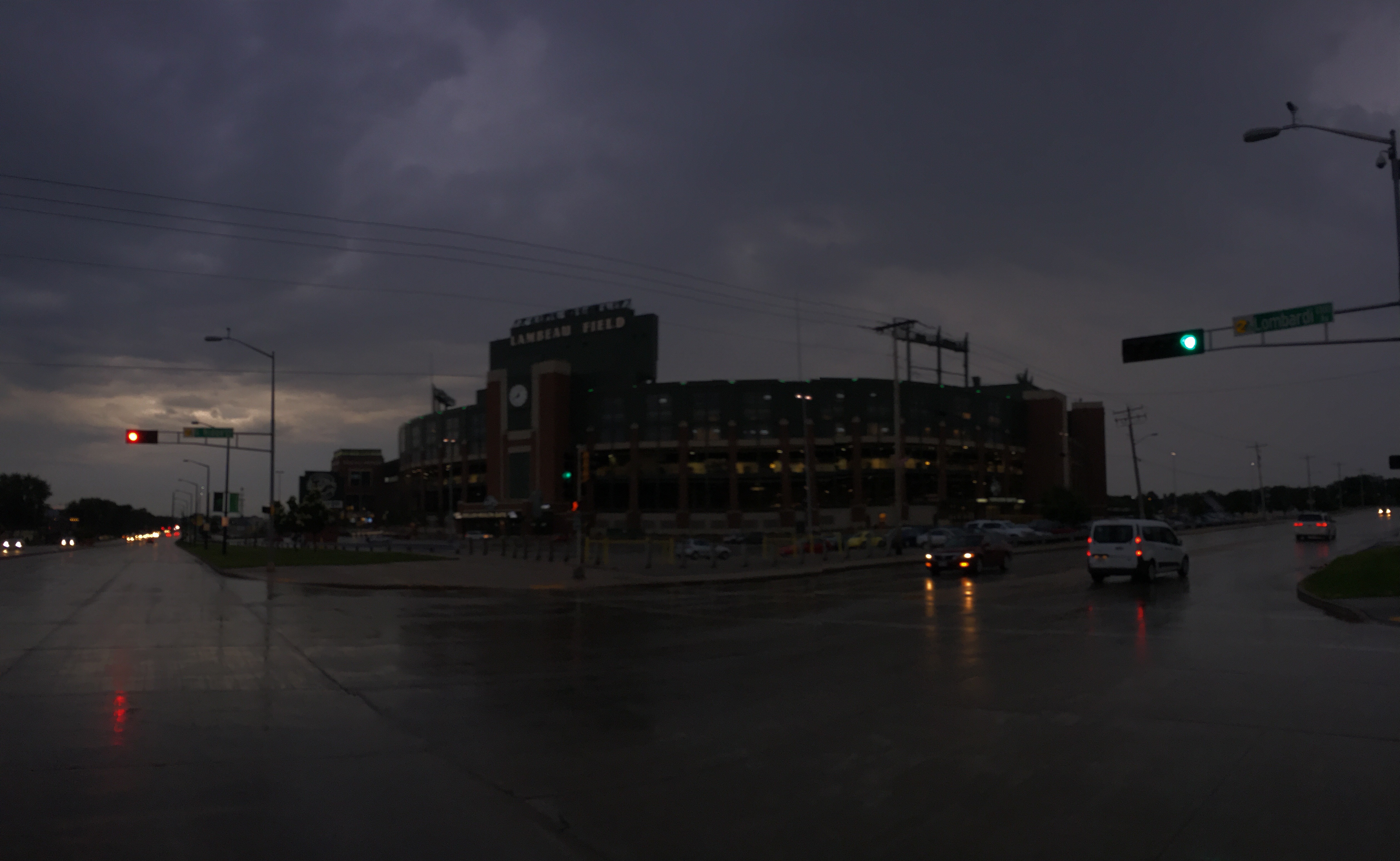 The next morning we headed for Lambeau Field. In a city with a population of approximately 101.000 people and a football stadium with a capacity of 81.000 people, its was easy to spot the major influence and inportance the football team has. We just went into the (giant) Packers shop, and even on a standard Friday morning it was packed with people. Afterwards we went for a classic american breakfast at iHop and did the last shopping, before driving back to Chicago O’Hare. 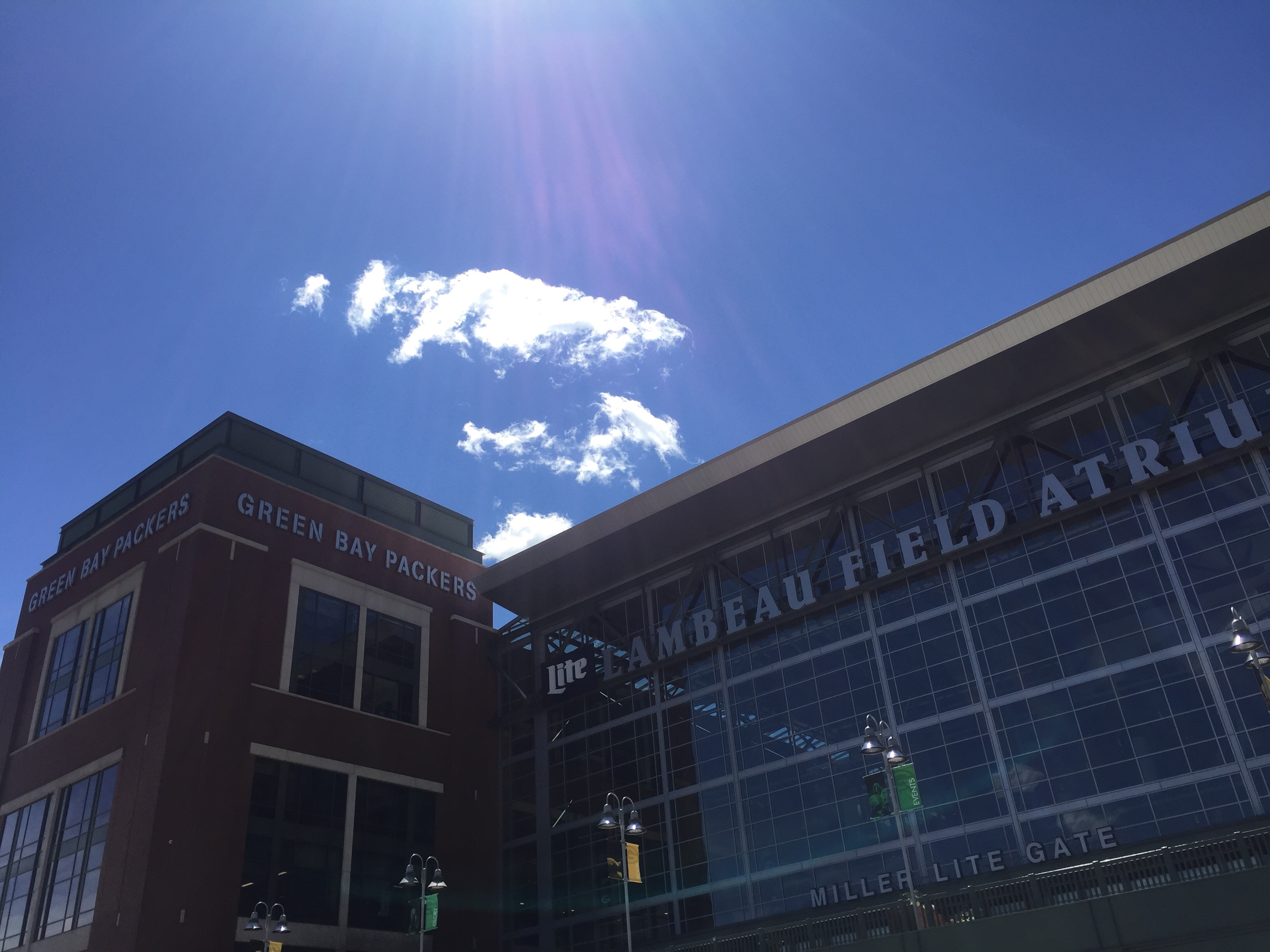 After Detroit we continued on to Canada and Toronto – the main “goal” of our trip.
We rented an apartment via airbnb and spent 8 nights here! It was great to have a lot of time in the city and it really gave us enough room and flexibility to fully enjoy the city but at the same time relax. Vacationing in big cities can be stressful, because you’re out exploring many hours during the day, walking around until your feet are sore. But not this time 🙂 Travelling with a toddler also requires more time, so this was perfect. 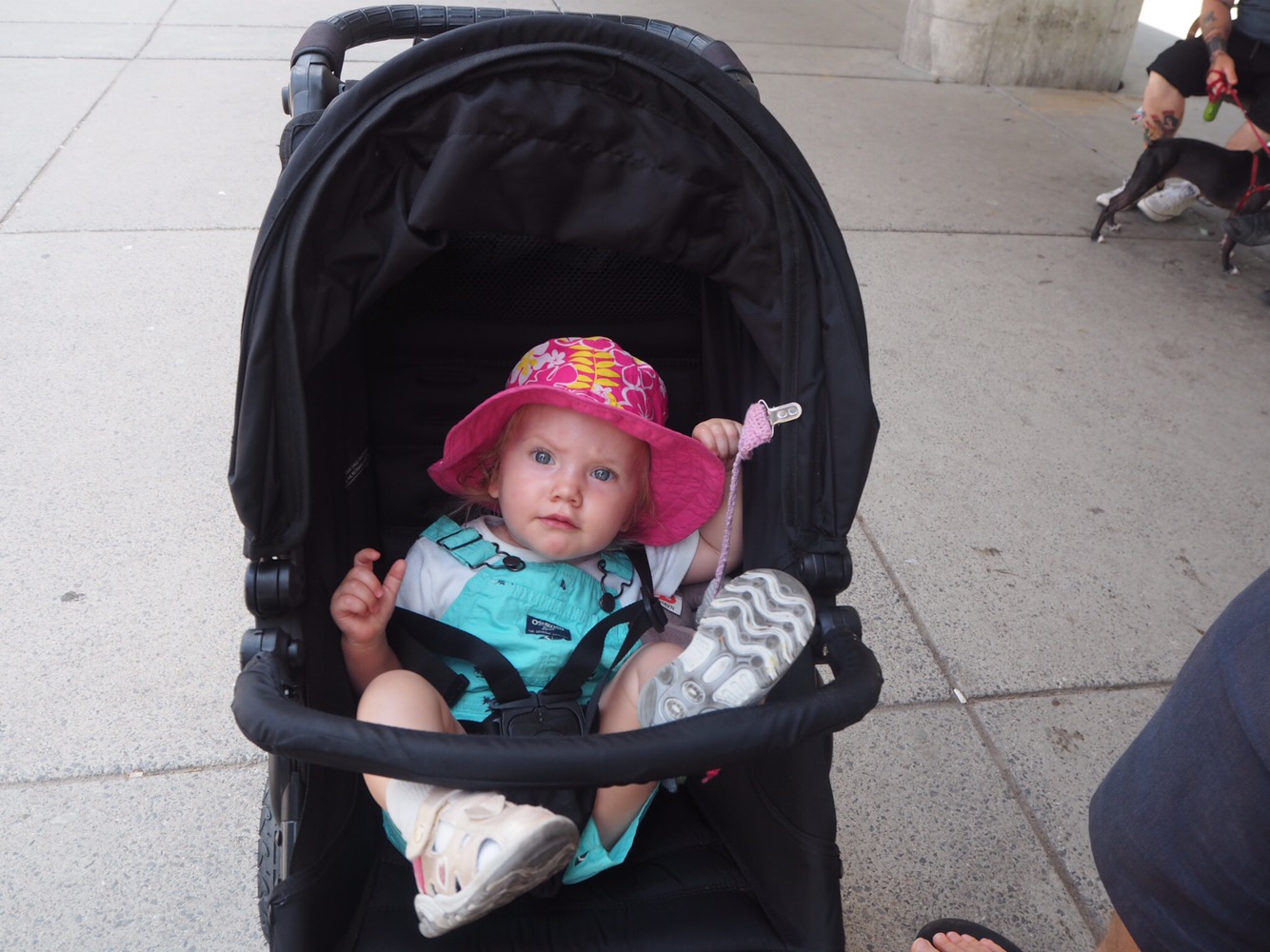 Beer on a roof-top bar with Philip and Kat… 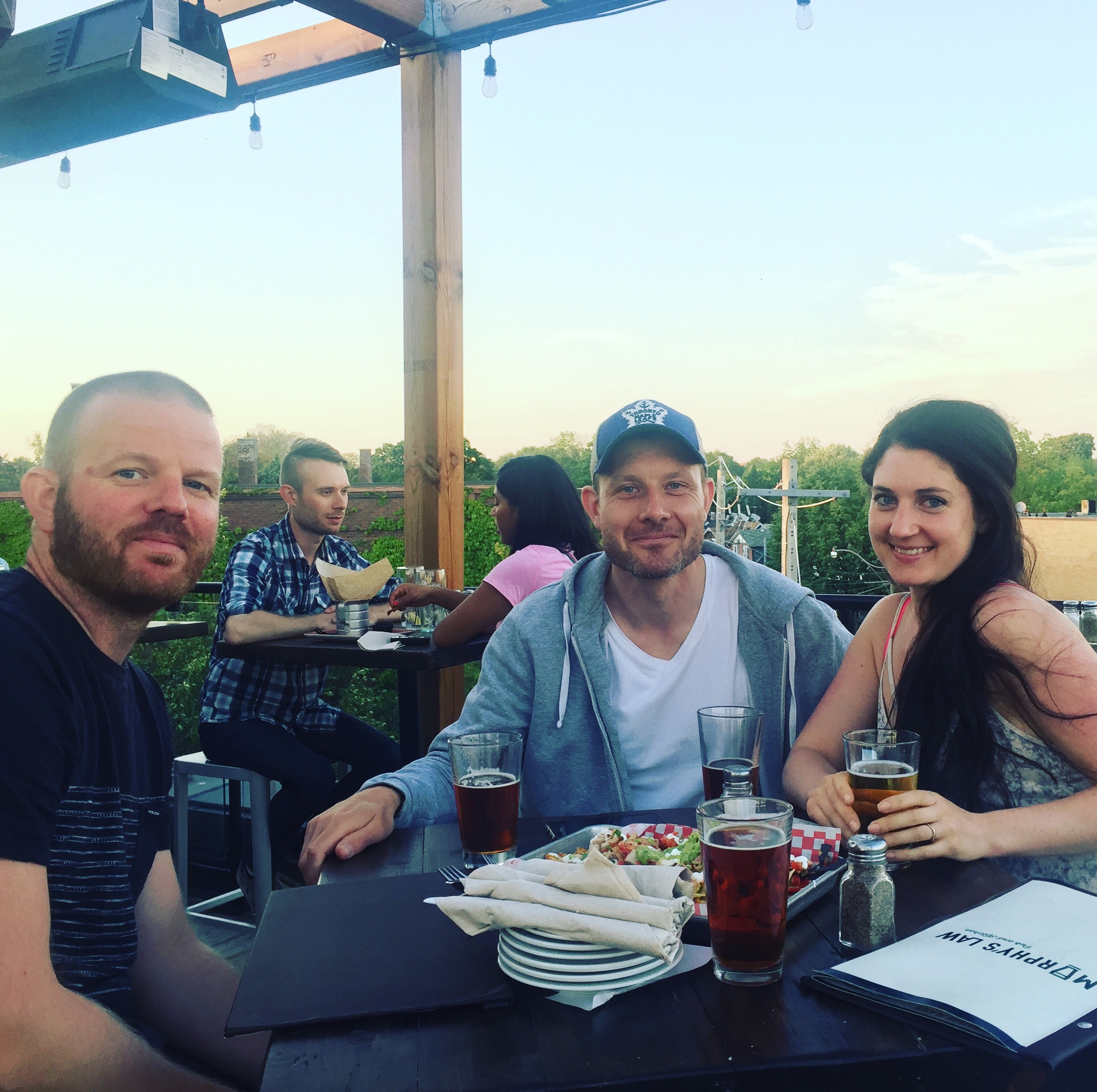 The view from our apartment on the 38th floor…

We drove to Niagara-on-the-lake, also known as the prettiest town in Ontario, and went ice-wine tasting in the region… 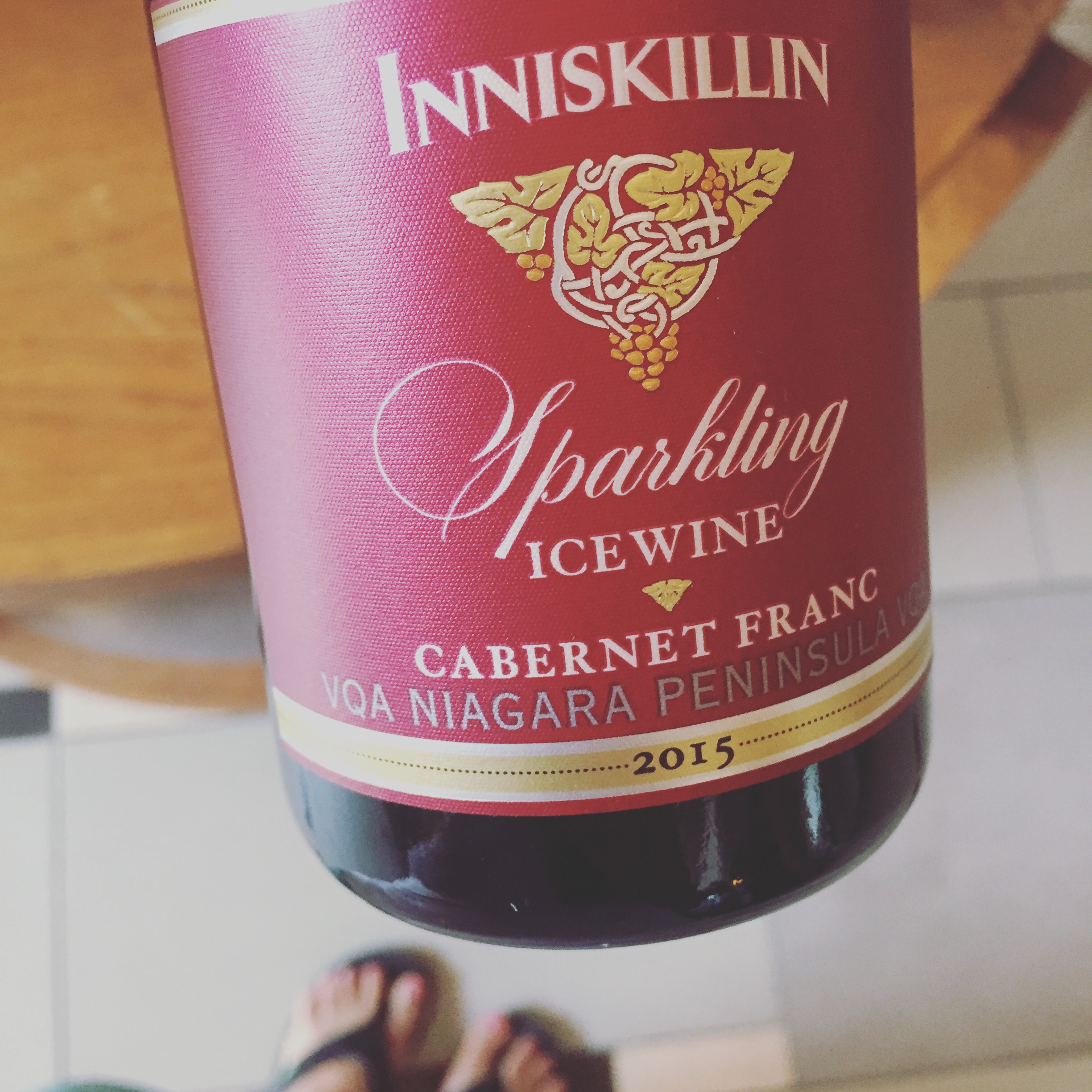 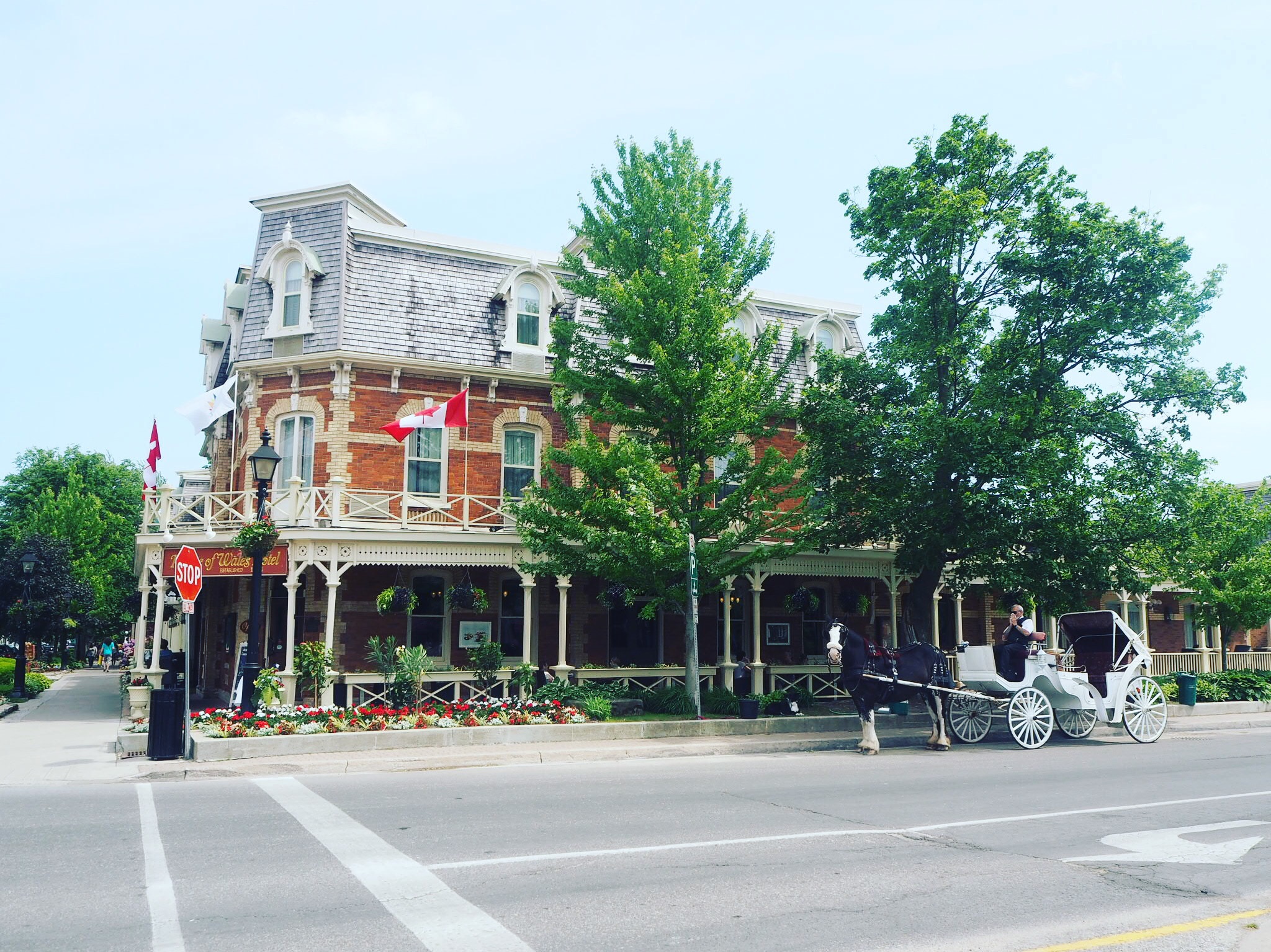 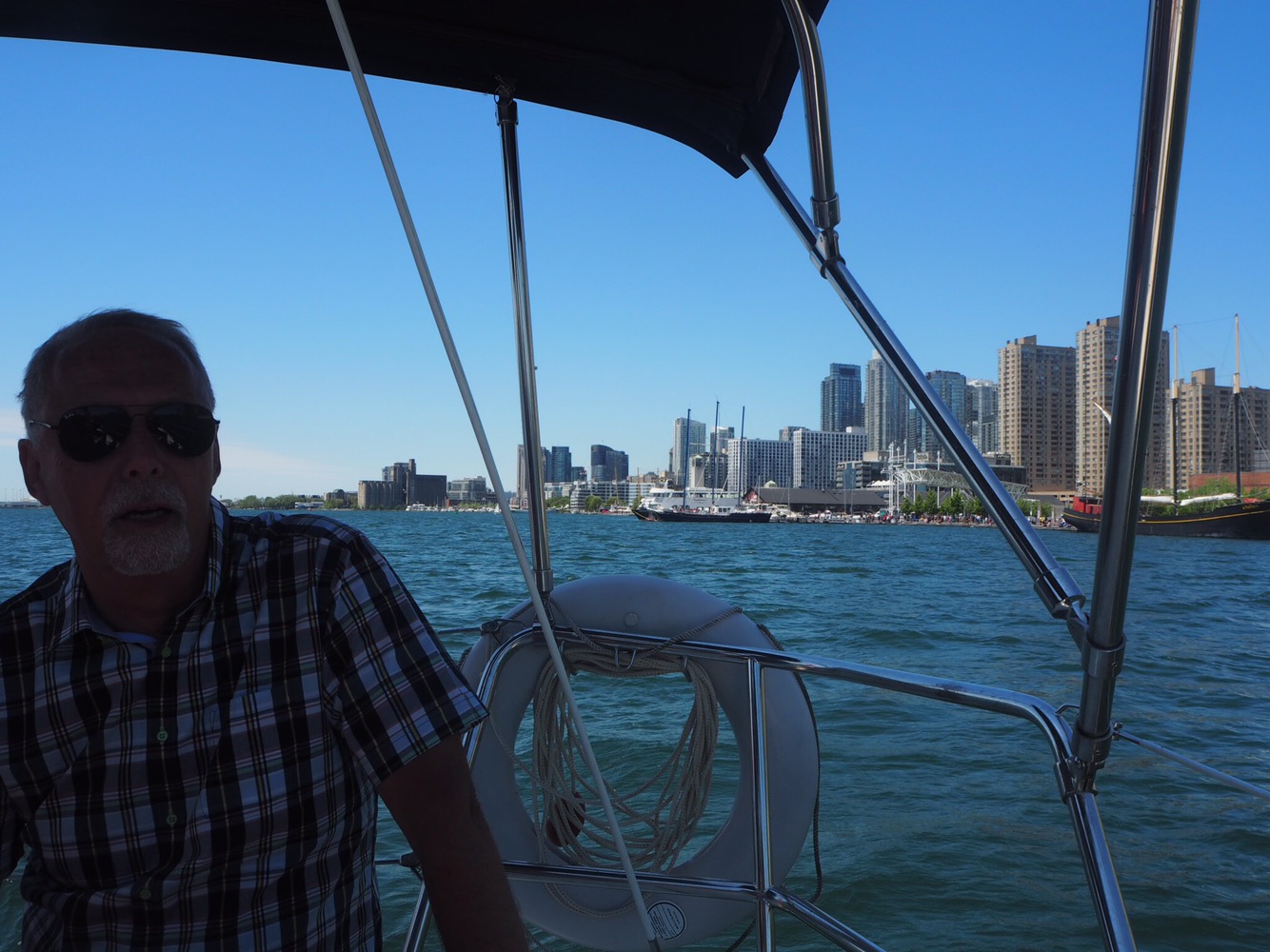 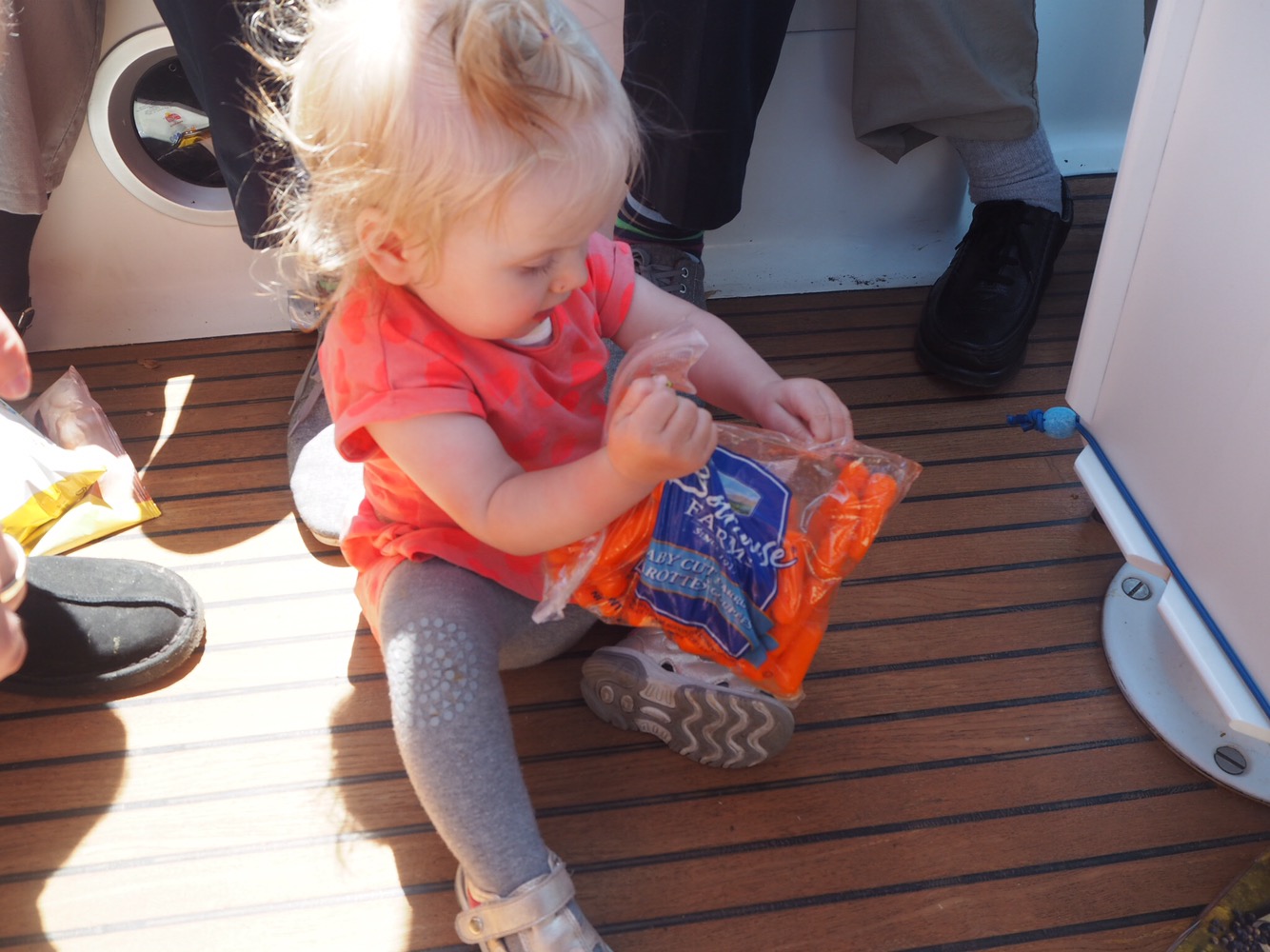 The best way to experience the city is by walking though… 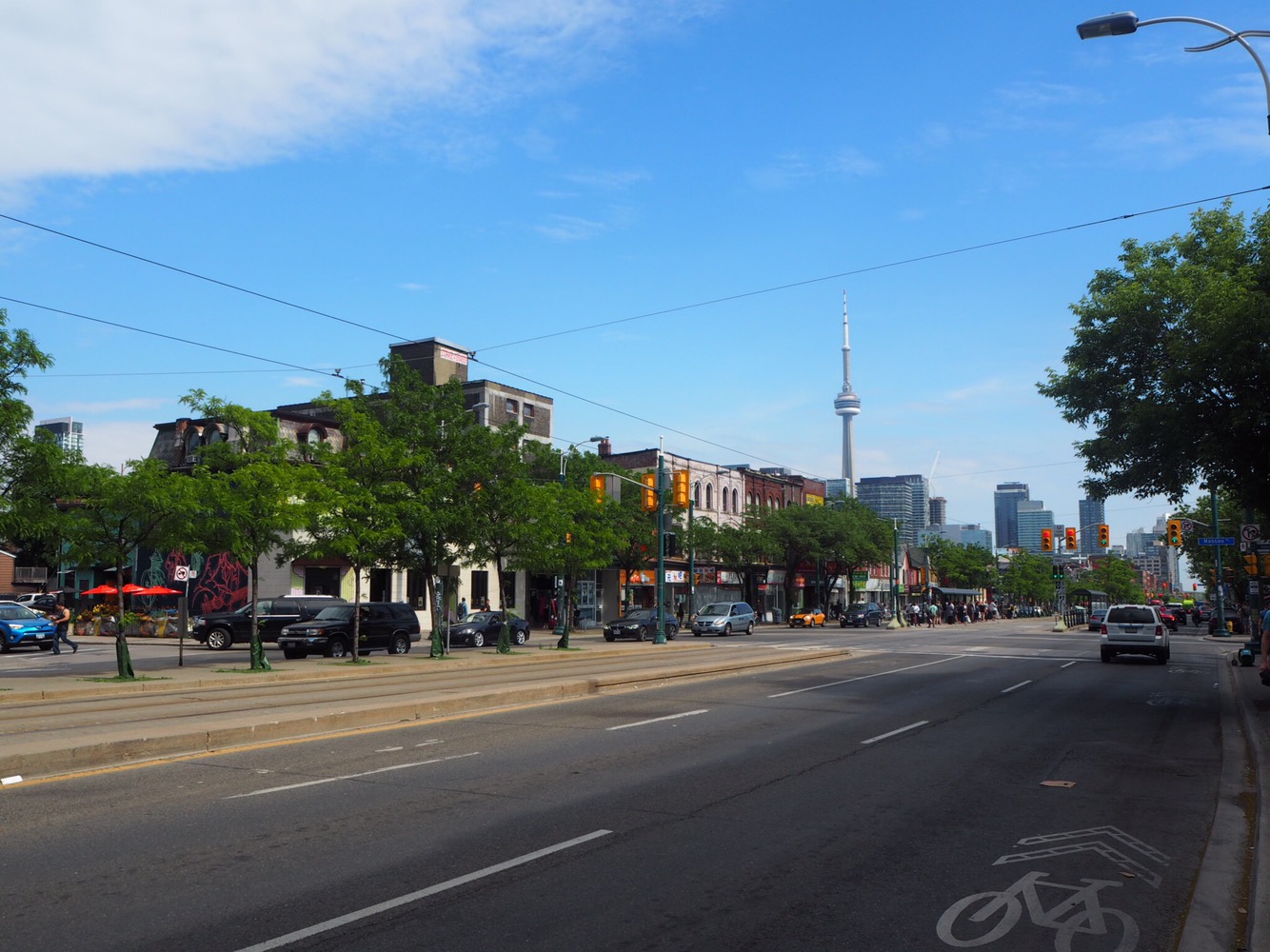 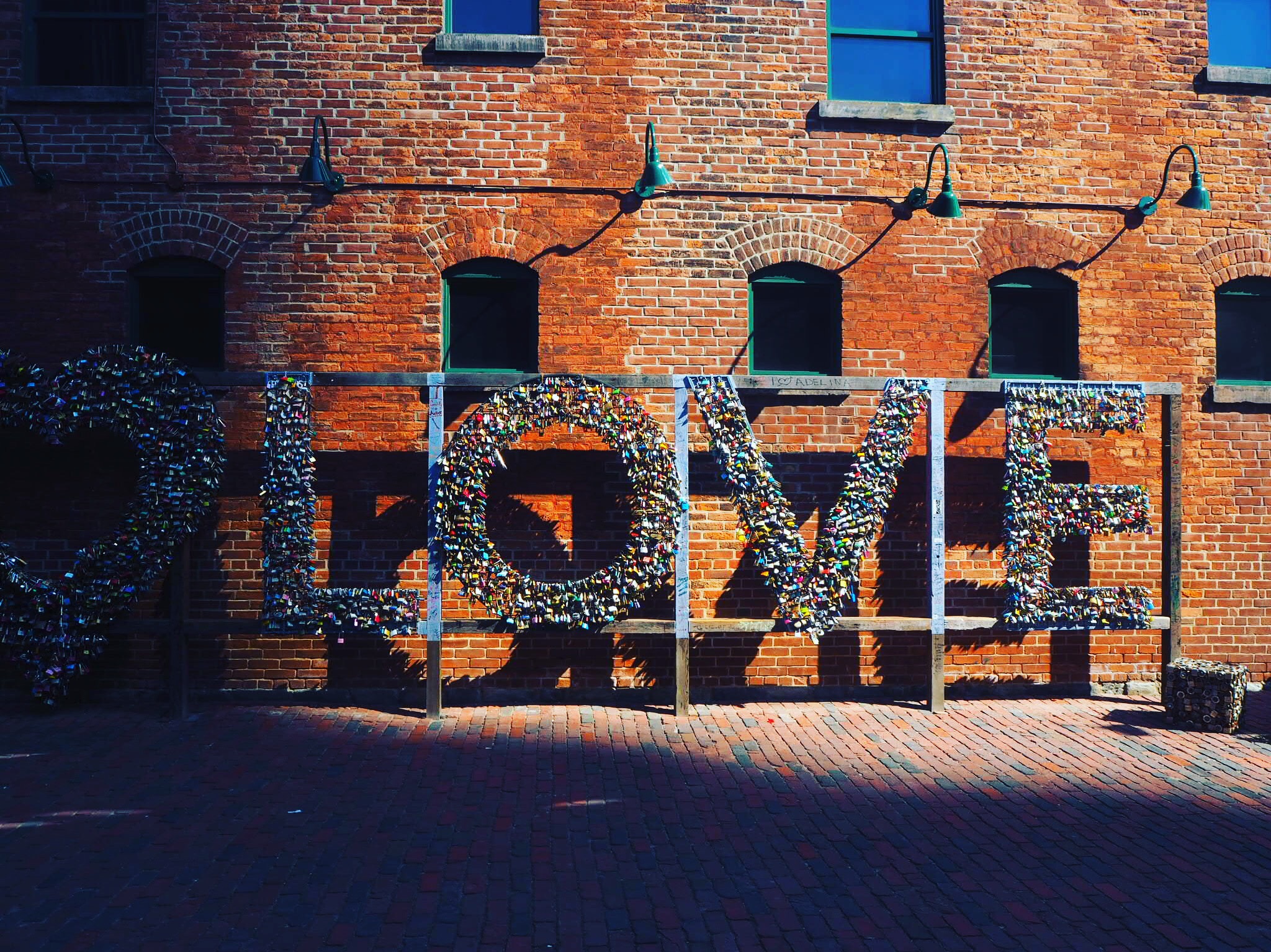 And we celebrated the marriage of Philip and Kat at the most amazing Danish/Canadian wedding!

When we where planning our trip to North America and decided to do a road trip from Chicago to Toronto, we knew we had to have a stop somewhere along the way. An 8 hour drive (not including breaks) is simply too long for Mai.

Detroit was a natural choice for us; 1. Because it is roughly halway between the two cities and 2. Ever since visiting for Thanksgiving in 2014, we really wanted to go back and explore more parts of the city and see how much it had evolved.

We rented the same airbnb apartment as our first visit and it looked exactly the same! If you’re ever in Detroit, this is the place to stay! 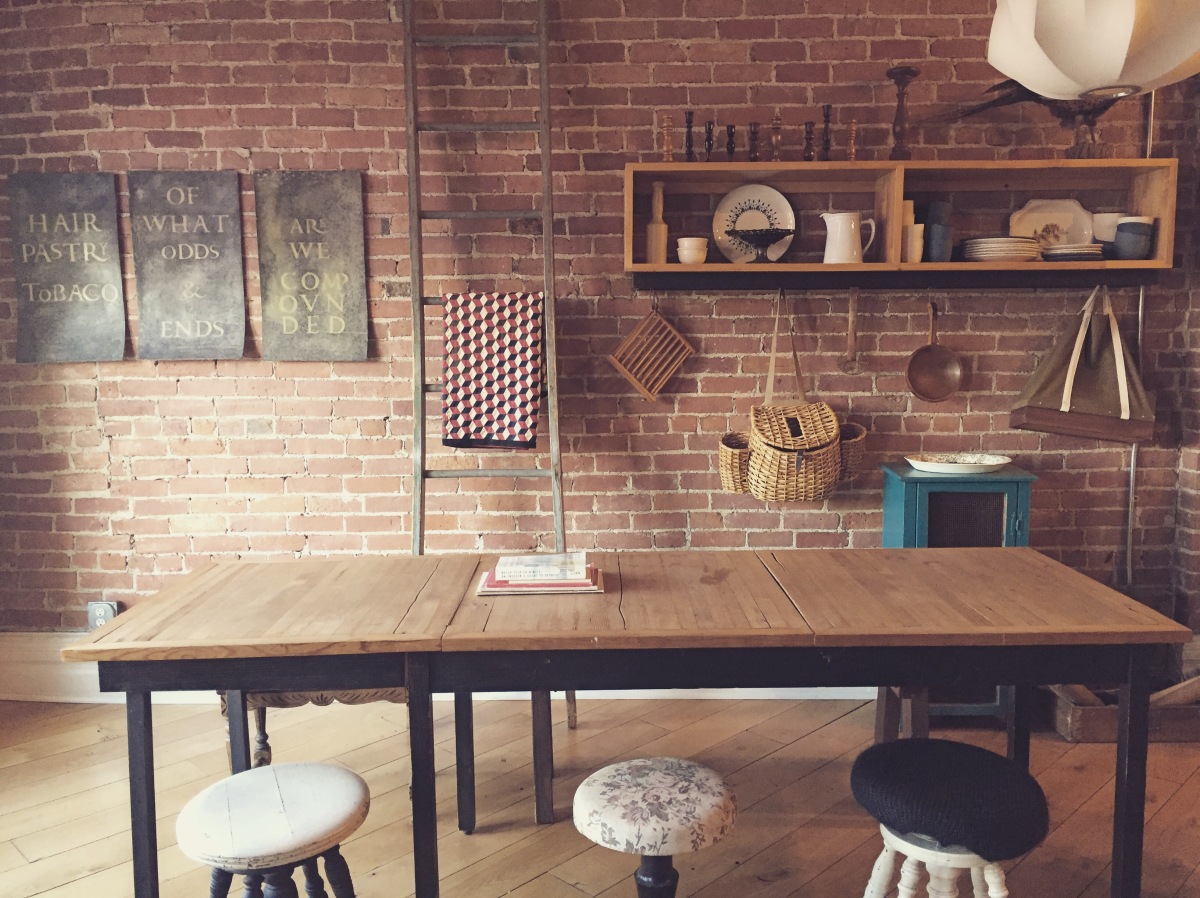 Besides the apartment and the cool restaurants and cafes on that block, it felt like everything else had changed! It was like visiting a whole other/new city. Gone was all the abandoned and burnt-down house, the empty streets and windowless skyskrabers.

We saw whole new areas we hadn’t seen before (like Greek town and it’s “Vegas-like” atmosphere) and familiar areas buzzing with life and hipsters. 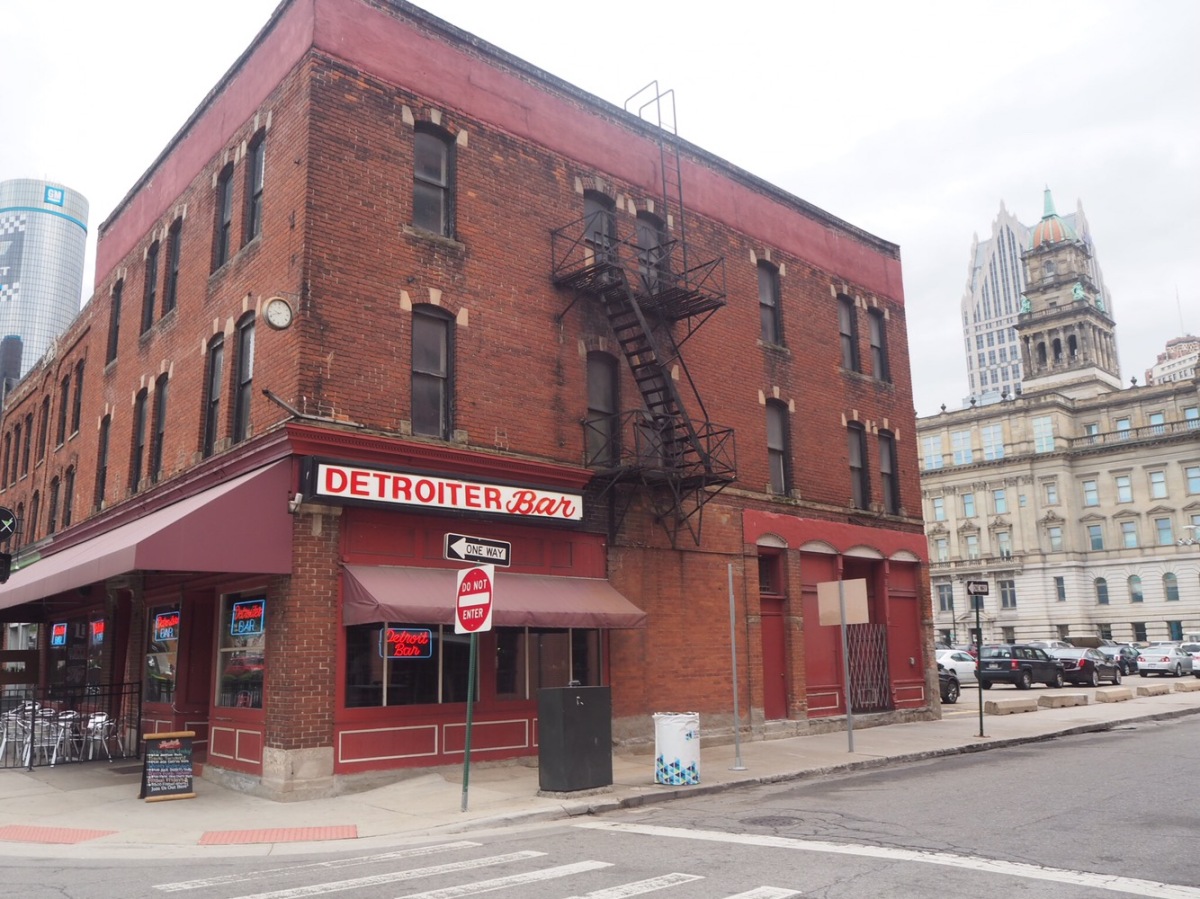 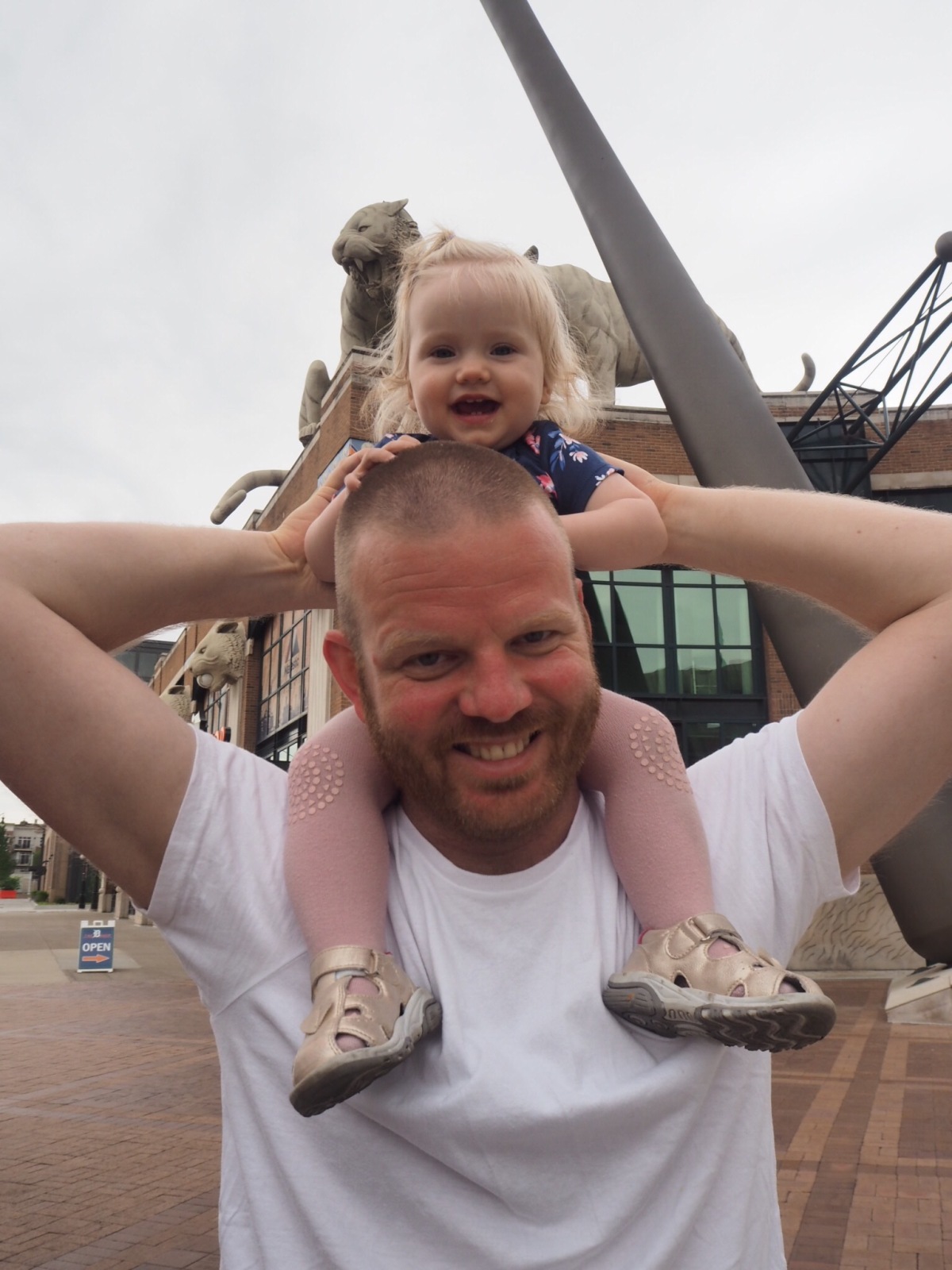 We spent the day walking around the city in the morning and visiting the Henry Ford Museum in the afternoon.

We spent the first 6 days of our trip to North America in beautiful Chicago. Ever since I got to spend 24 hours due to a flight delay on my way back from Nicaragua, I’ve dreamt of experiencing the city again in the summertime.

The Windy City did not dissapoint. On the contrary, I was awed by the calm and unstressful atmosphere, the georgeous architecture and the sights around the whole area including Lake Michigan. We were very lucky with the weather and only had one day with cold wind and rain out of our six days, the rest way blue skies and lots of sun.

We stayed in one of the Chicago suburbs, Berwyn, which was approximately a 20 min drive from the city center (not during rush hour though!). We rented a house via airbnb and loved it. 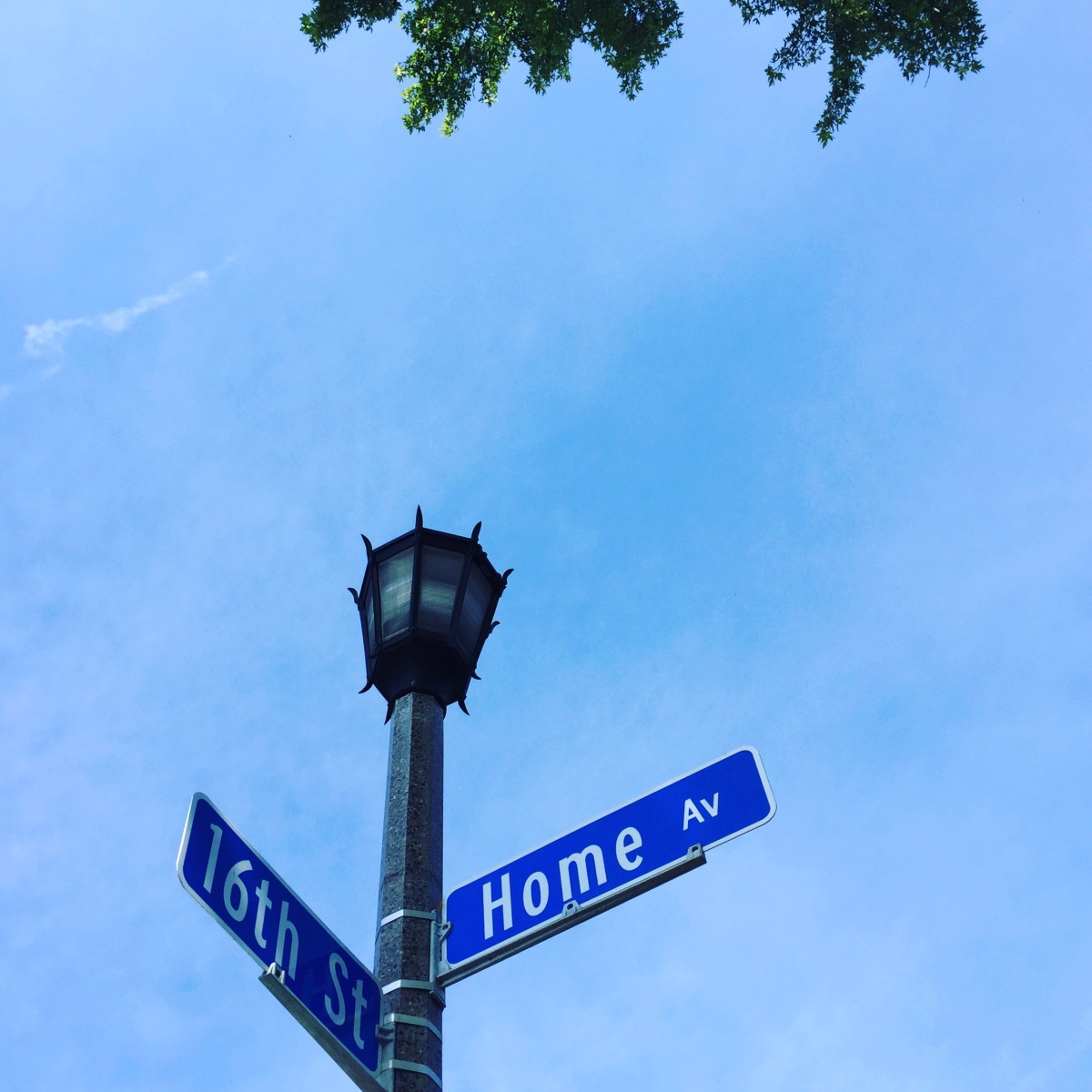 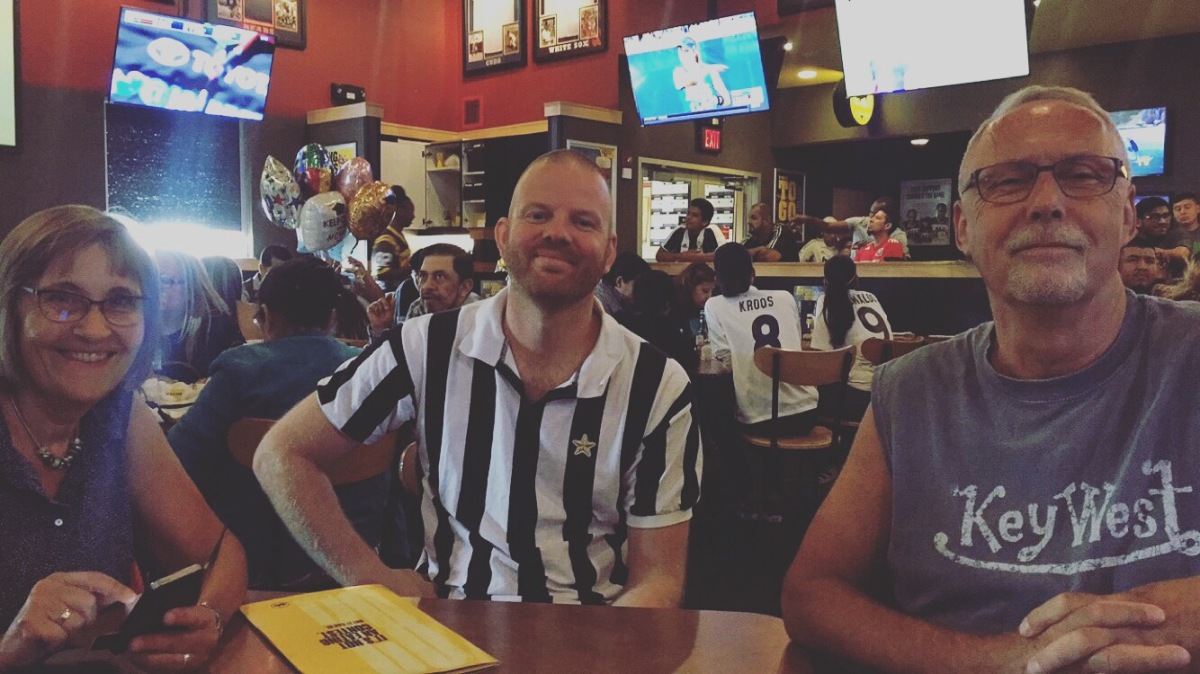 We spent the first day cheering for Juventus in the Champions League final at a local sports bar. 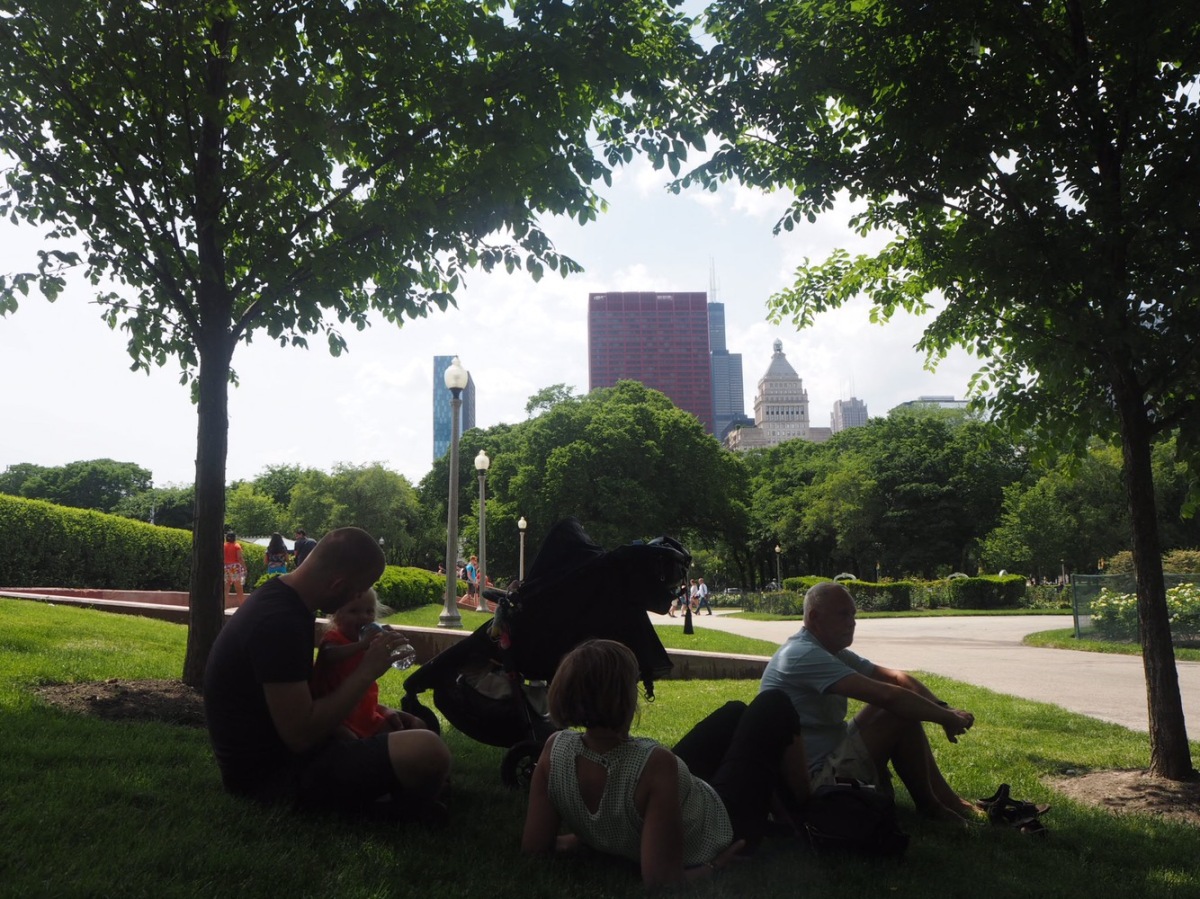 This is the day the weather turned grey and cold – we went shopping instead!

We went on a boat trip to Lake Michigan and up the Chicago River, seeing and learning about the most beautiful building after another.

On of course we stopped by Cloudgate. 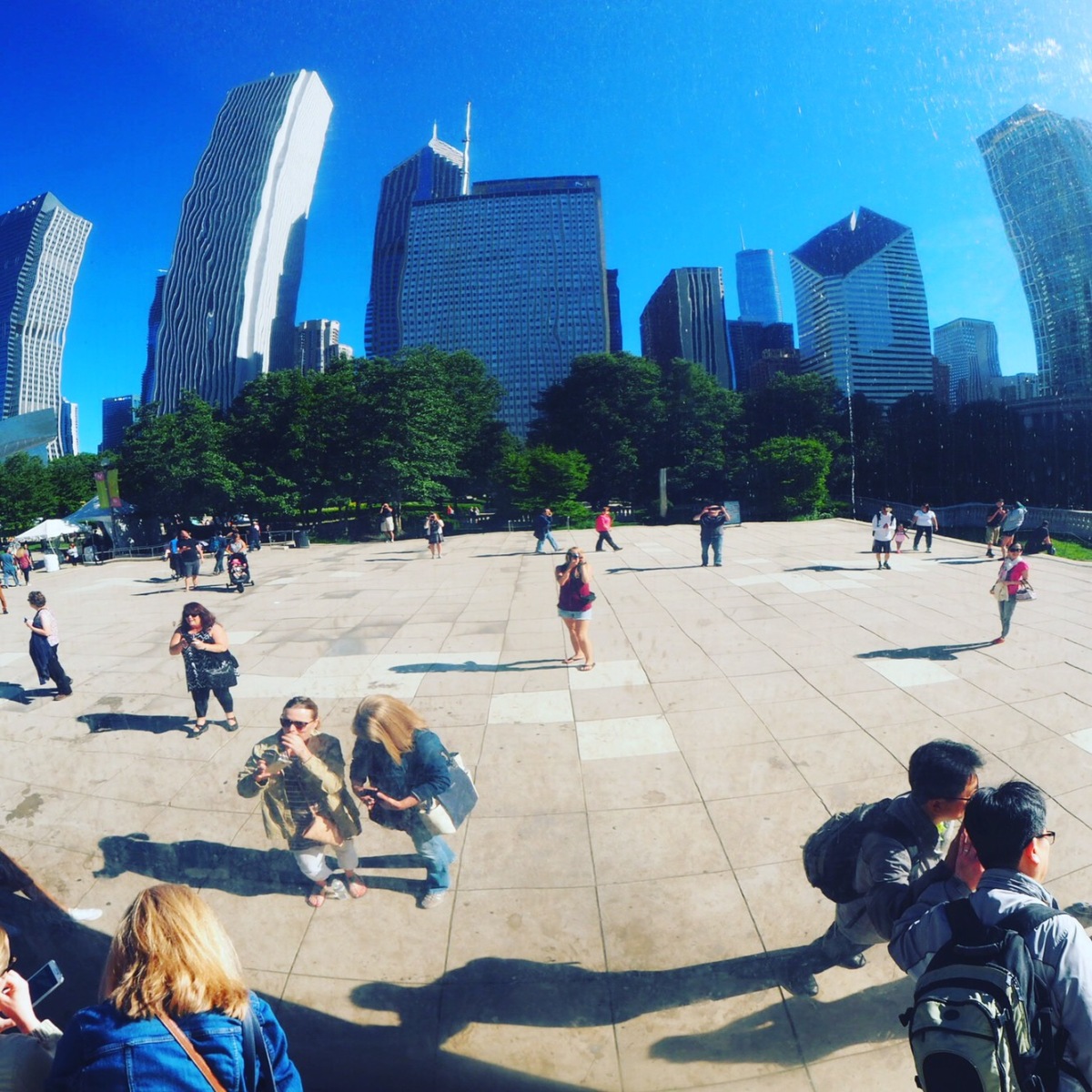 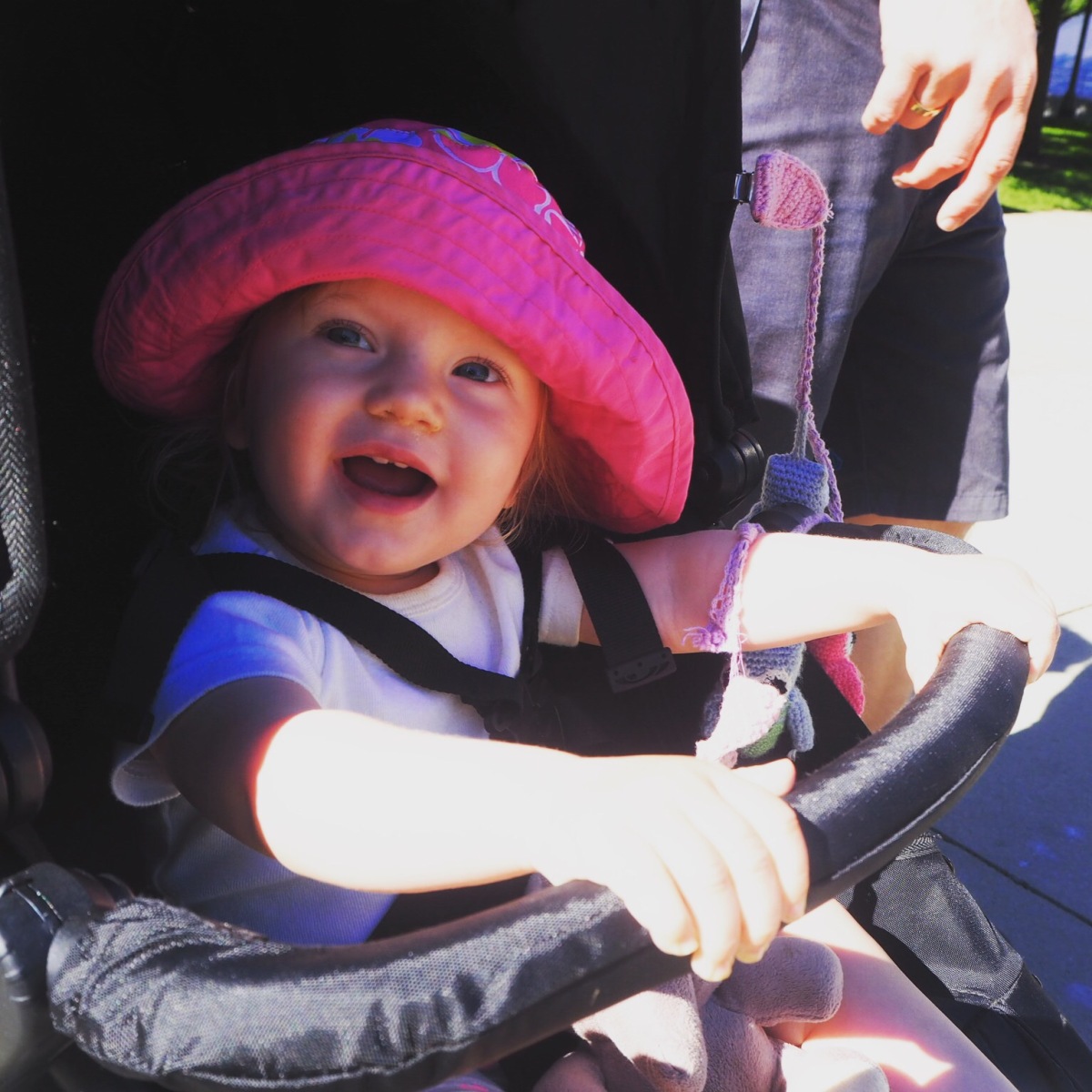 We also went on a daytrip to “Harbour Country“, which is a trademarked designation for the Berrien County, Michigan. It consist of 8 cities around the southern part of Lake Michigan. We stopped by 4 of the cities; Three Oaks, Union Pier, Grand Beach and Michiana. 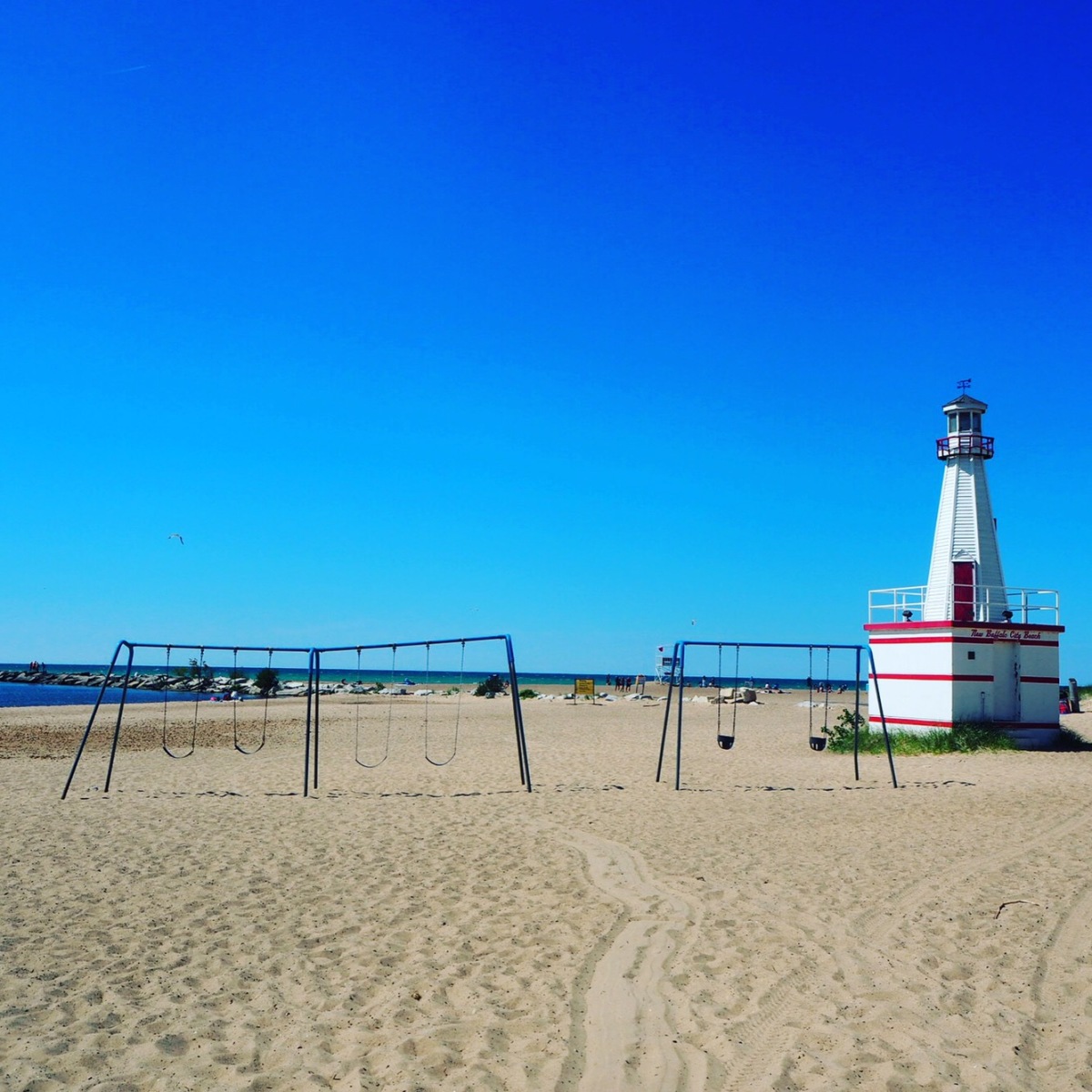 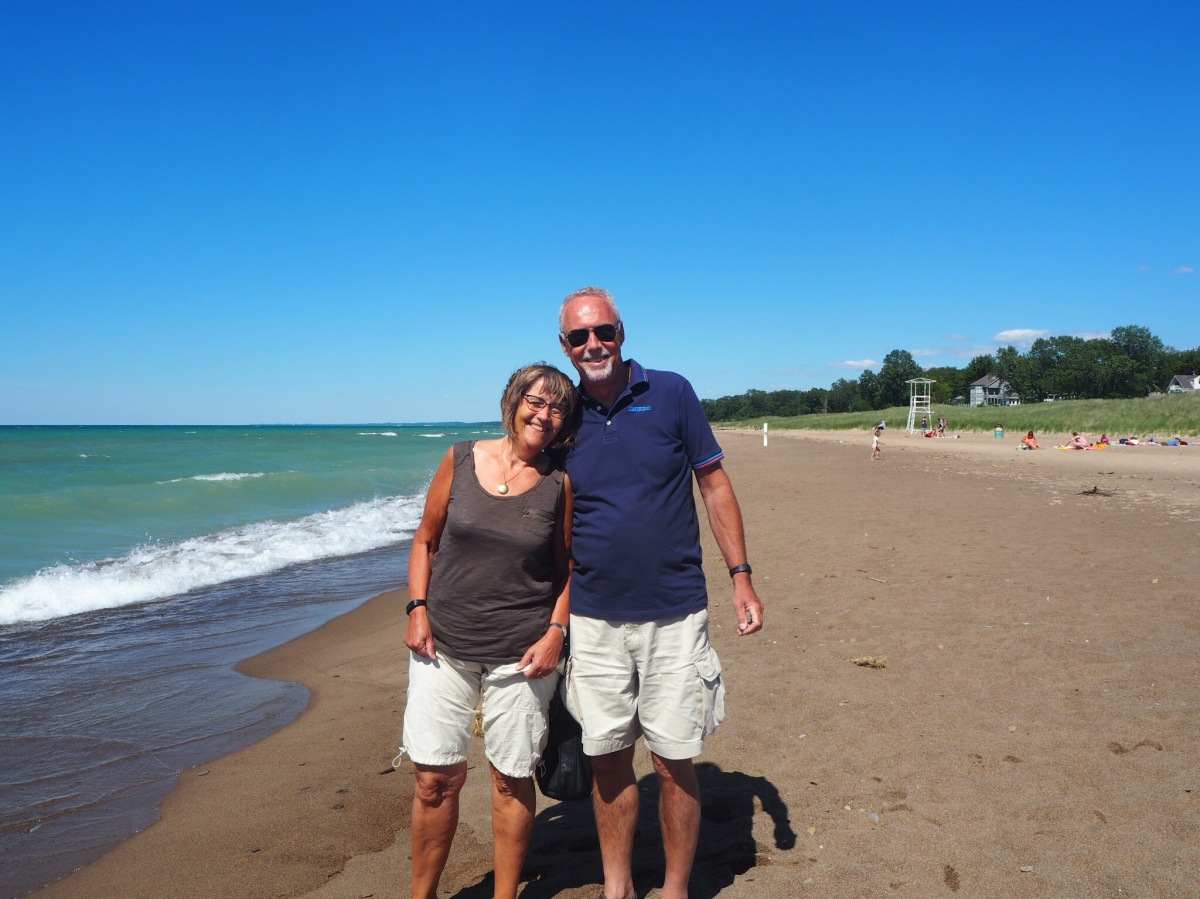 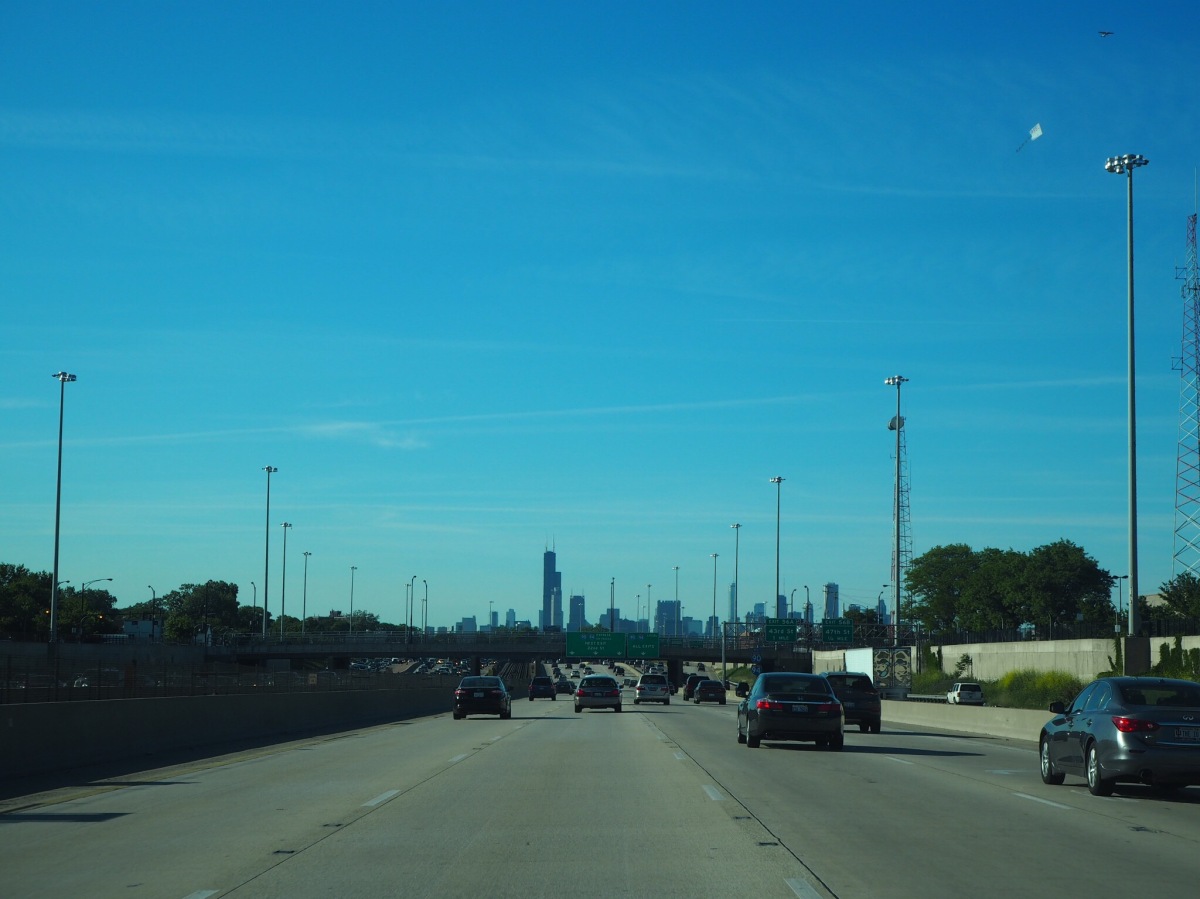 In exactly 1 month we’re off again! We are so lucky to have been invited to a wedding in Toronto in the middle of June, so we thought why not plan our summer vacation around this? We invited my parents this time, and they of course agreed without hesitation 😉

We are going to spend 3 weeks in total, and will be fulfilling one of our other big travel-dreams; to visit the Great Lakes area around Chicago, something we have been talking about for very long.

On June 2nd we’re flying to Chicago, where we have rented a house a bit outside the city. Here we’ll spent the smaller portion of a week exploring the “Windy City” and the Great Lakes area.

Driving towards Toronto, we will have a few days stop at Detroit, where we’ve rented the same apartment as we stayed in together with Philip and Kat, back in 2014.

We’ll spend 8 days in Toronto, hopefully enjoying the sun and participating in fun wedding celebrations. After the wedding, we will drive north and stay in a cottage near Huntville, where we plan to visit Algonquin Provincial Park and walk some of the trails there.

To see some more of Canada, and not to drive the same route back to Chicago, we decided to drive north of Lake Huron and Lake Michigan. We’ll stop for the night in Sault Ste. Marie and from there go to Green Bay. This was on Martin’s must-see lists (mainly because of their football team – hello…), so we thought it was a good plan to use the city as a stopping point.

We’re really exited for this trip, the US and Canada is always such nice and easy countries to travel to and we’re looking forward to seeing how Mai will handle the trip now that she is a bit older.