We’ve come to our last stop on our trip around Australia; Sydney. From home we had planned to have 6 nights here, which would give us 5 full days. However, after having travelled around with Mai for a month now, we’ve gotten to know her better and know her limits. And the minimum 8 hour drive from Byron Bay to Sydney would be too long for her.

Therefore we had a stop about halfway in Port Macquarie. Arriving around noon, we had a nice lunch and walked around the city and waterfront and had a quiet evening in our small motel room. 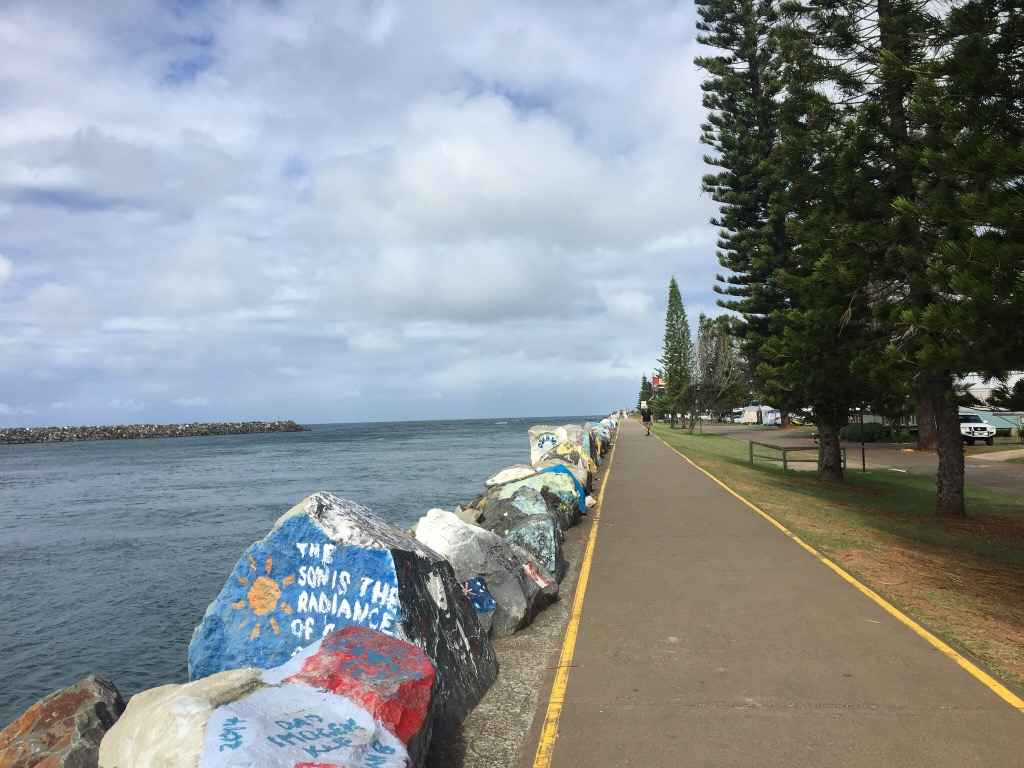 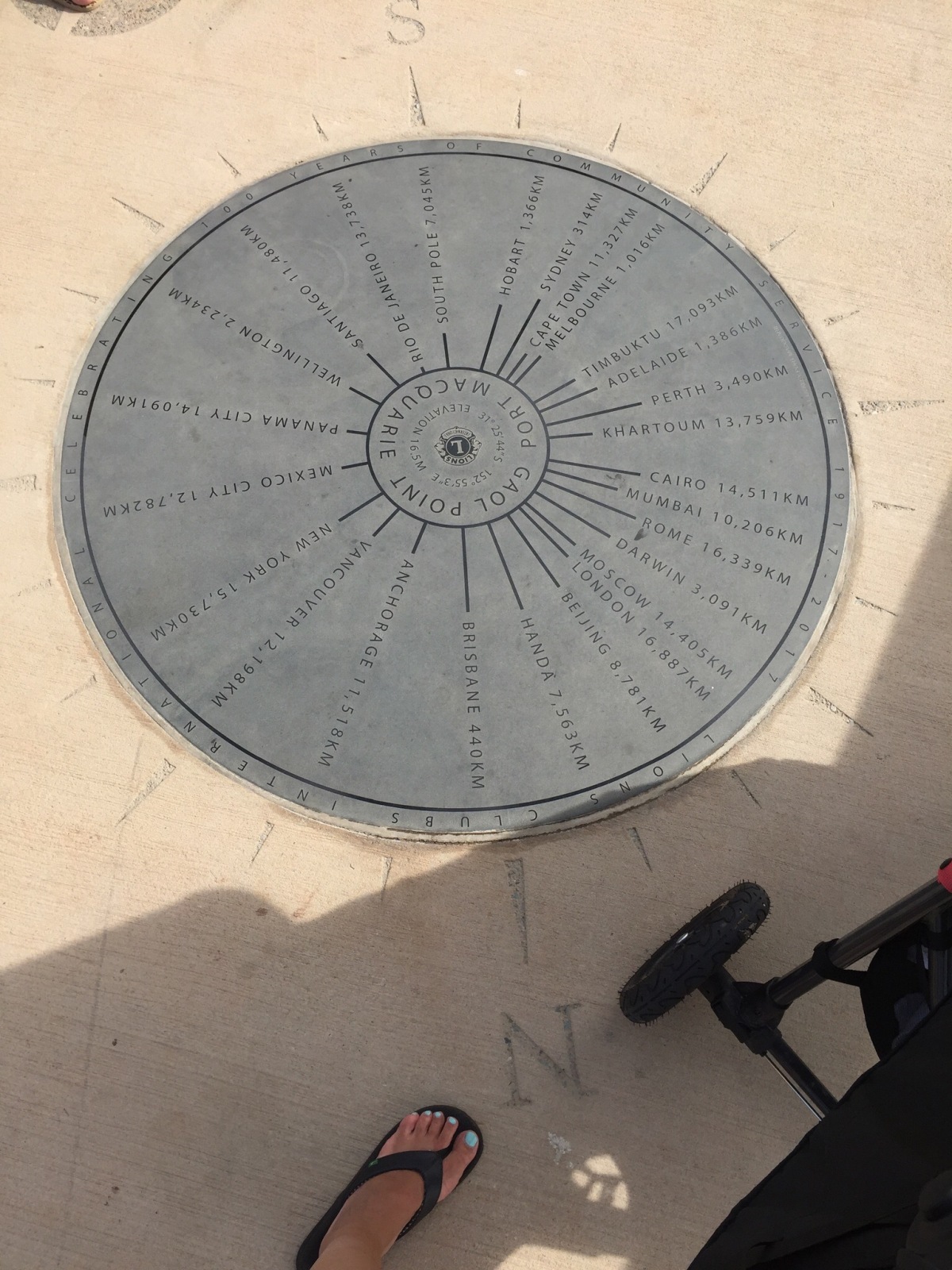 The next day we drove the last stretch and arrived in Sydney. On the way we had many laughs about how they in Australia have bike lanes on the highway!

The first day in Sydney, we walked around getting a sense of the city. We started from our airbnb apartment in Pyrmont, walking via Darling Harbour and around the waterfront. We also went up Sydney Towers and got a view over the city. 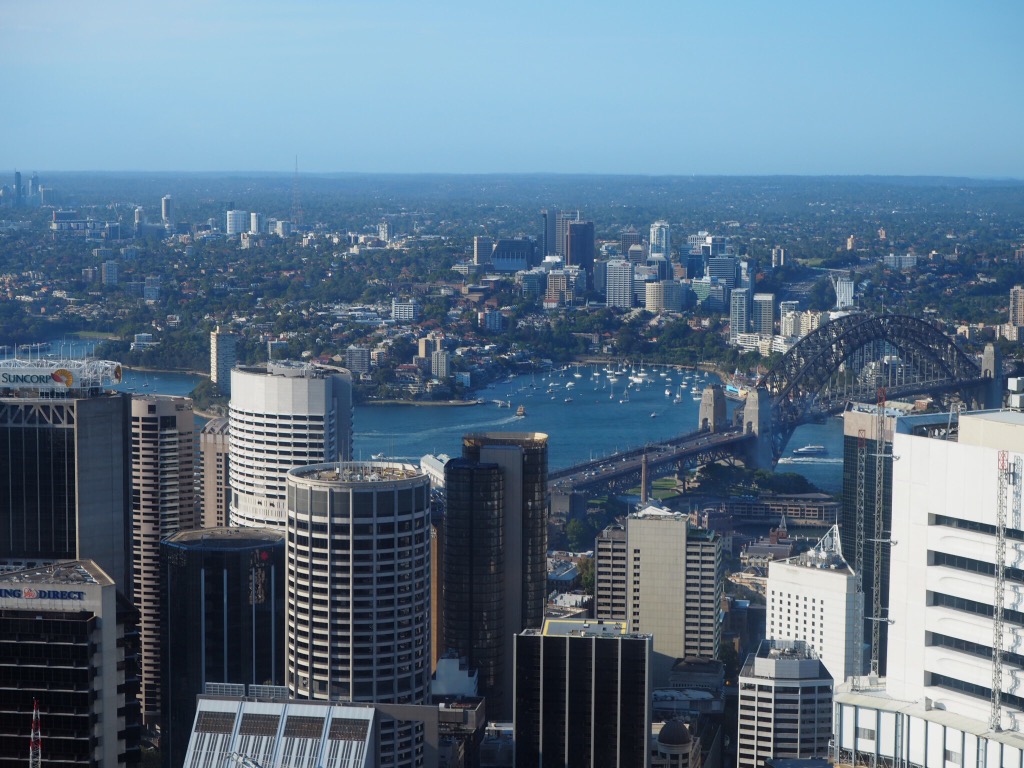 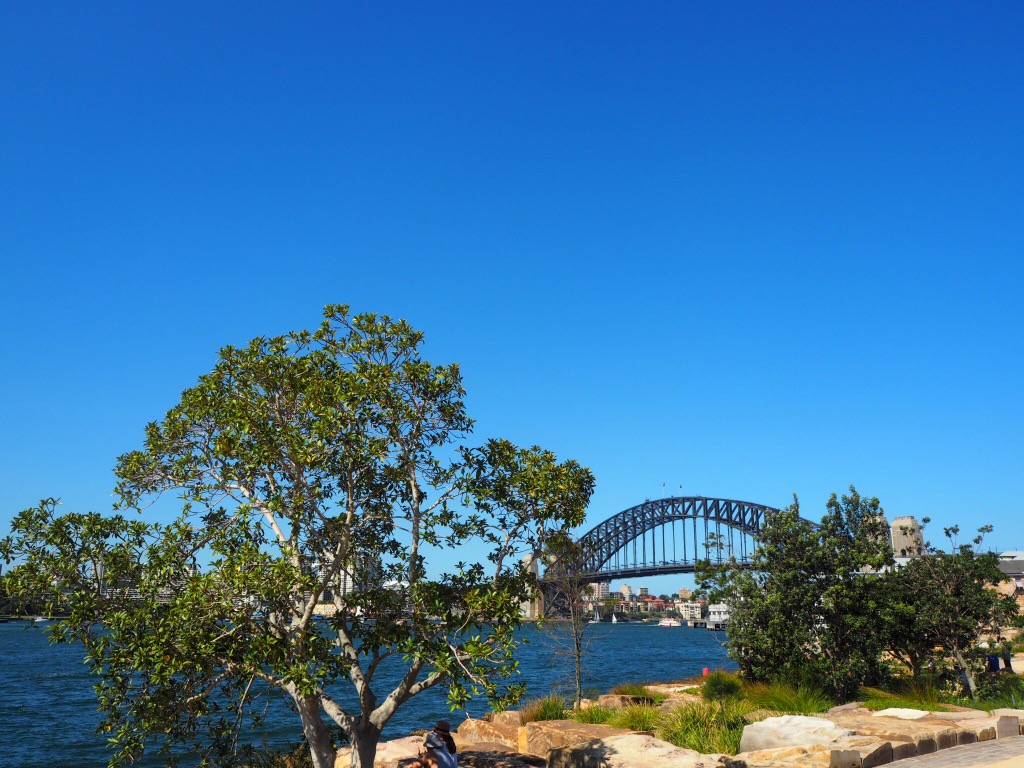 Our second day in Sydney we took the ferry from Pyrmont Bay to Circular Quay, and then saw Sydney Operahouse. We did the 1-hour tour which includes visits to all the theaters and stages and we learned interesting facts and the history of the famous operahouse. Afterwards we had lunch near Circular Quay and the walked around the Royal Botanical Garden. 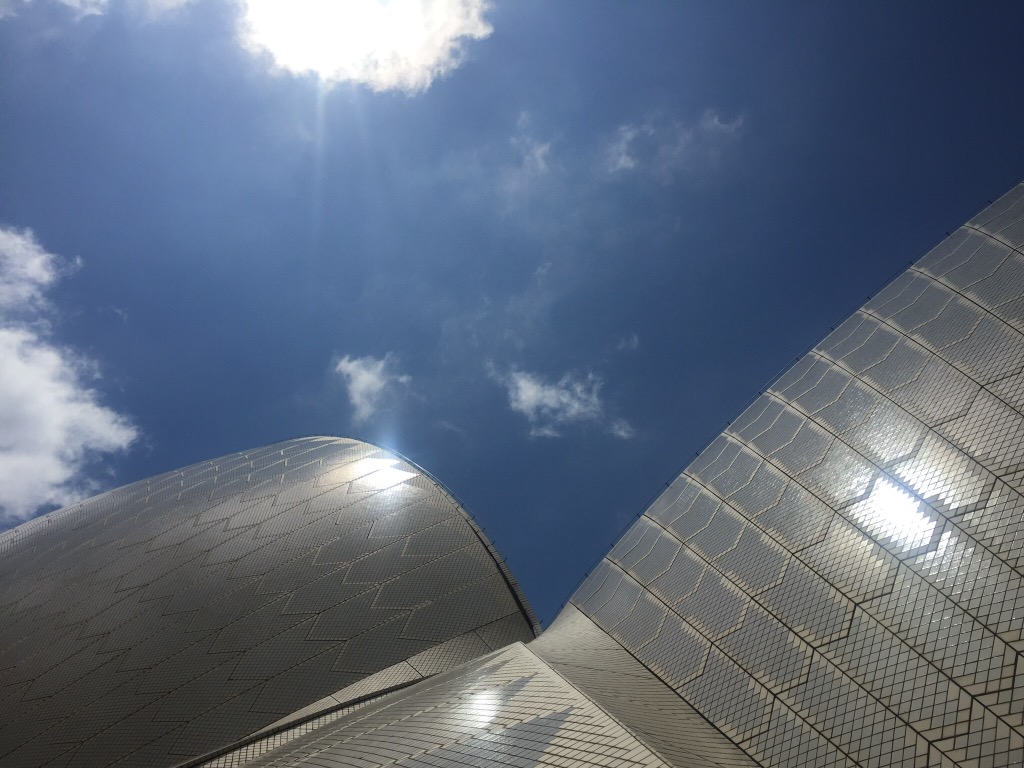 On Monday, our third day, we headed to the Blue Mountains. I missed it on my first visit to Sydney so I really wanted to see it, and I was not disappointed. The sight was absolutely breathtaking! Because of the heat and little Mai, we settled for seeing the mountains from the various viewpoints and skipped the hikes. When Mai is older, we’ll just have to come back and do some trekking here, as I imagine it must be beautiful. 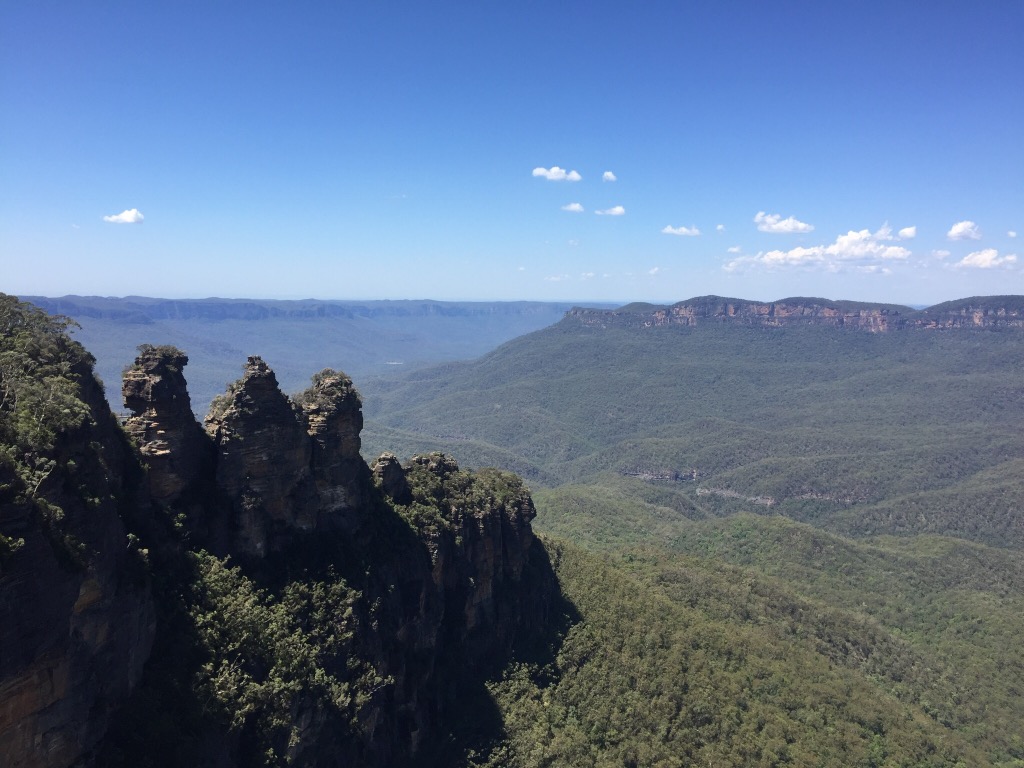 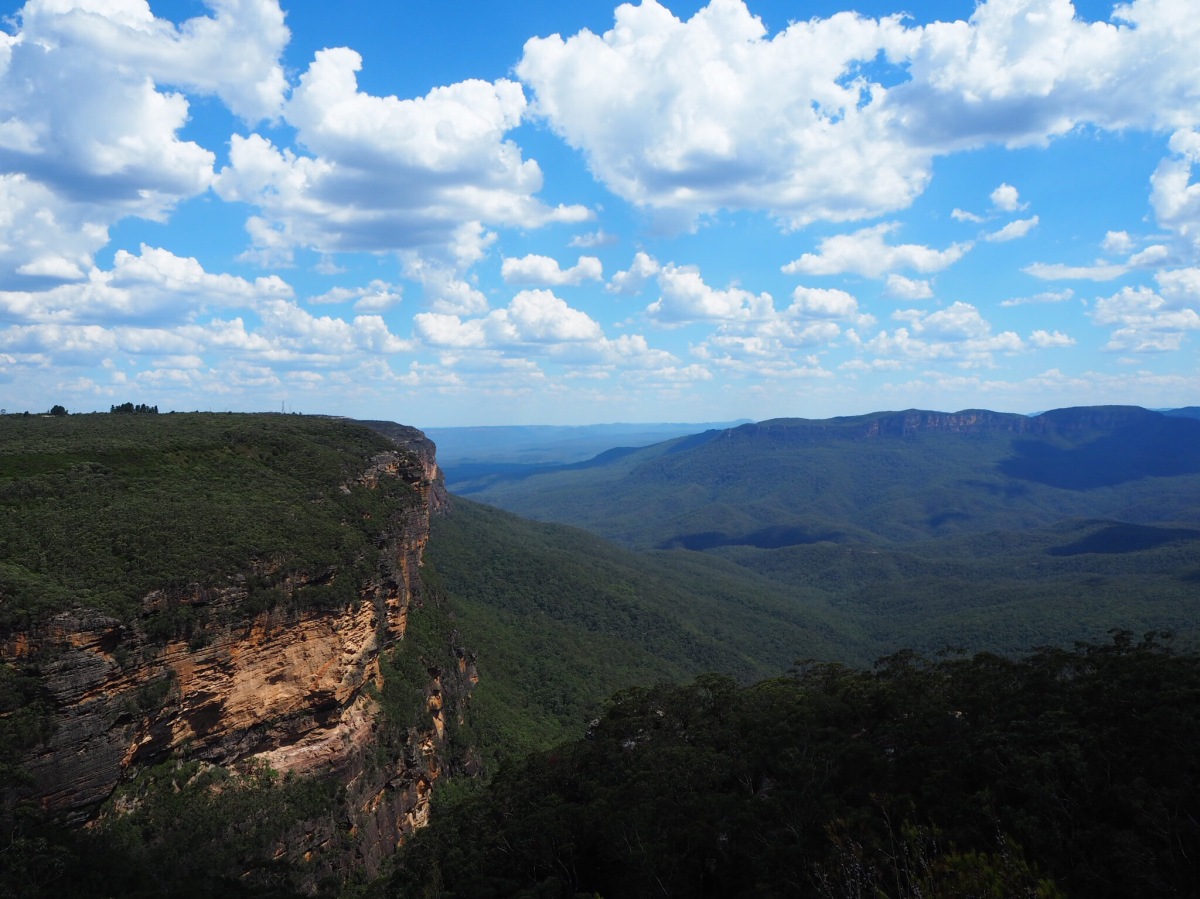 On Tuesday we let early and went to the famous Bondi beach! When we arrived, Mai had fallen asleep so we put her in the stroller and had a nice walk from one end of the beach to the other and back. The beach is around 1 km long so it was perfect timing and Mai whole up on our way back to the starting point. We fetched our towels and had a dip. In the nothern end of the beach there is a  little pool and shallow water, perfect for kids. Sadly, the water was pretty could and way too cold for Mai, but the rest of us enjoyed to be cooled off after our walk. 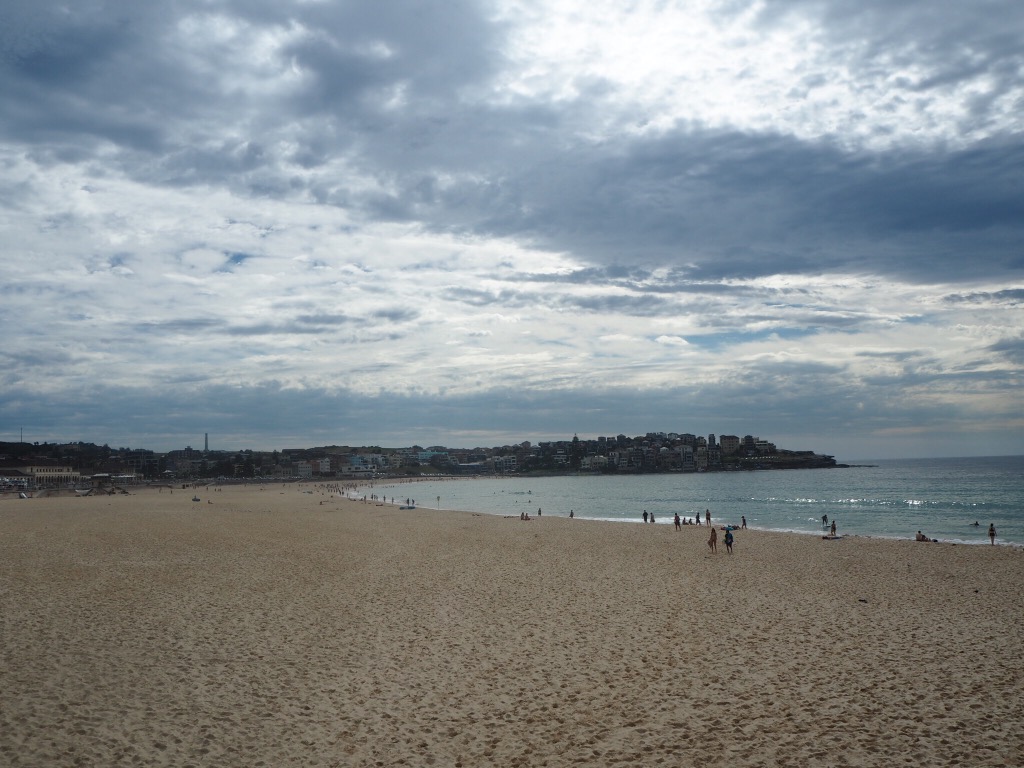 In the afternoon we walked around Pitt street and the shopping area. After a nice dinner out, we headed for the Harbour Bridge. We really wanted to walk across the across the bridge and we also really wanted to see the city – and especially the operahouse – lit at night, so we combined the two. The Harbour Bridge is a massive construction and especially up close, it is very impressive. 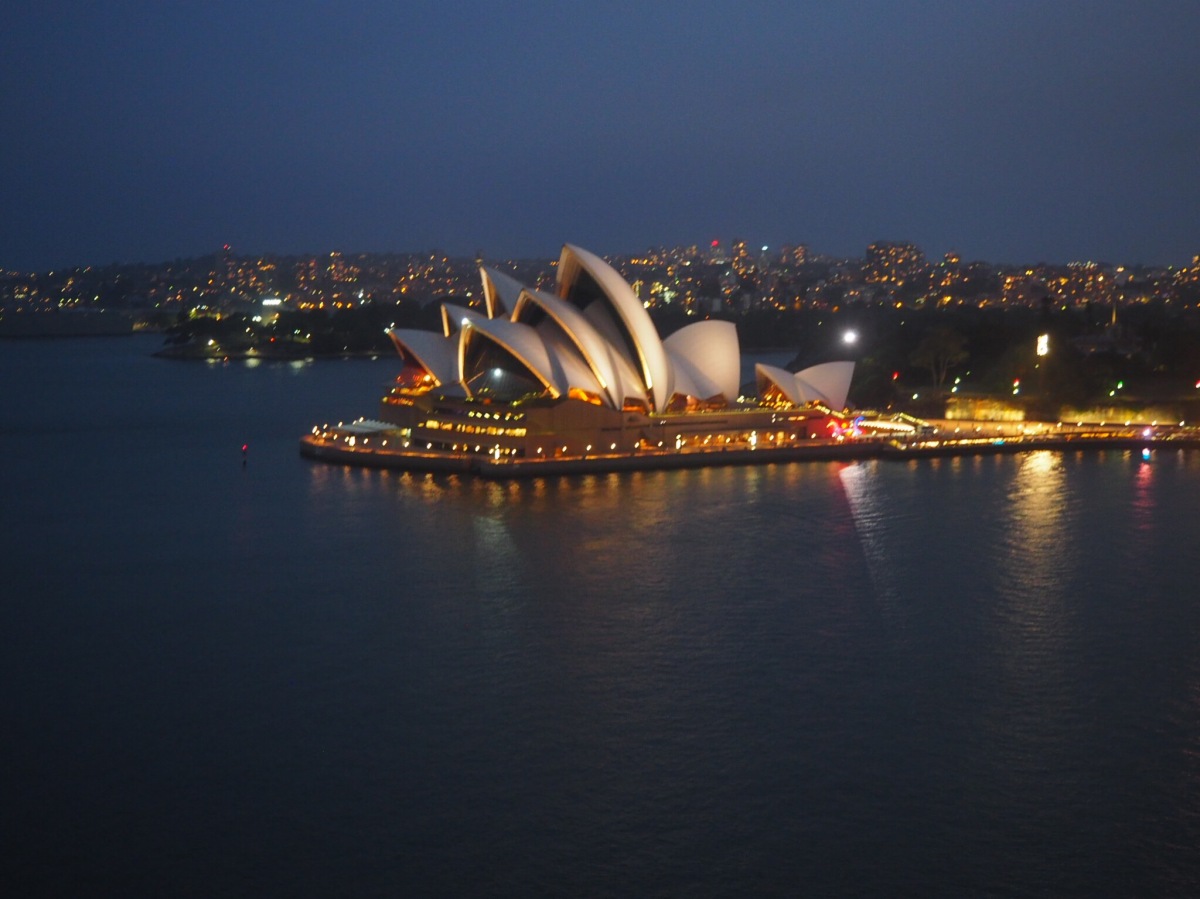 Today on our last day here in Sydney and in Australia, we had a quiet morning where we did some laundry and such. We then walked around the city center, seeing St. Mary’s Cathedral, the ANZAC war memorial, Hyde Park, had lunch in Chinatown and finally walked up Macquarie street to see more of the grand older buildings. 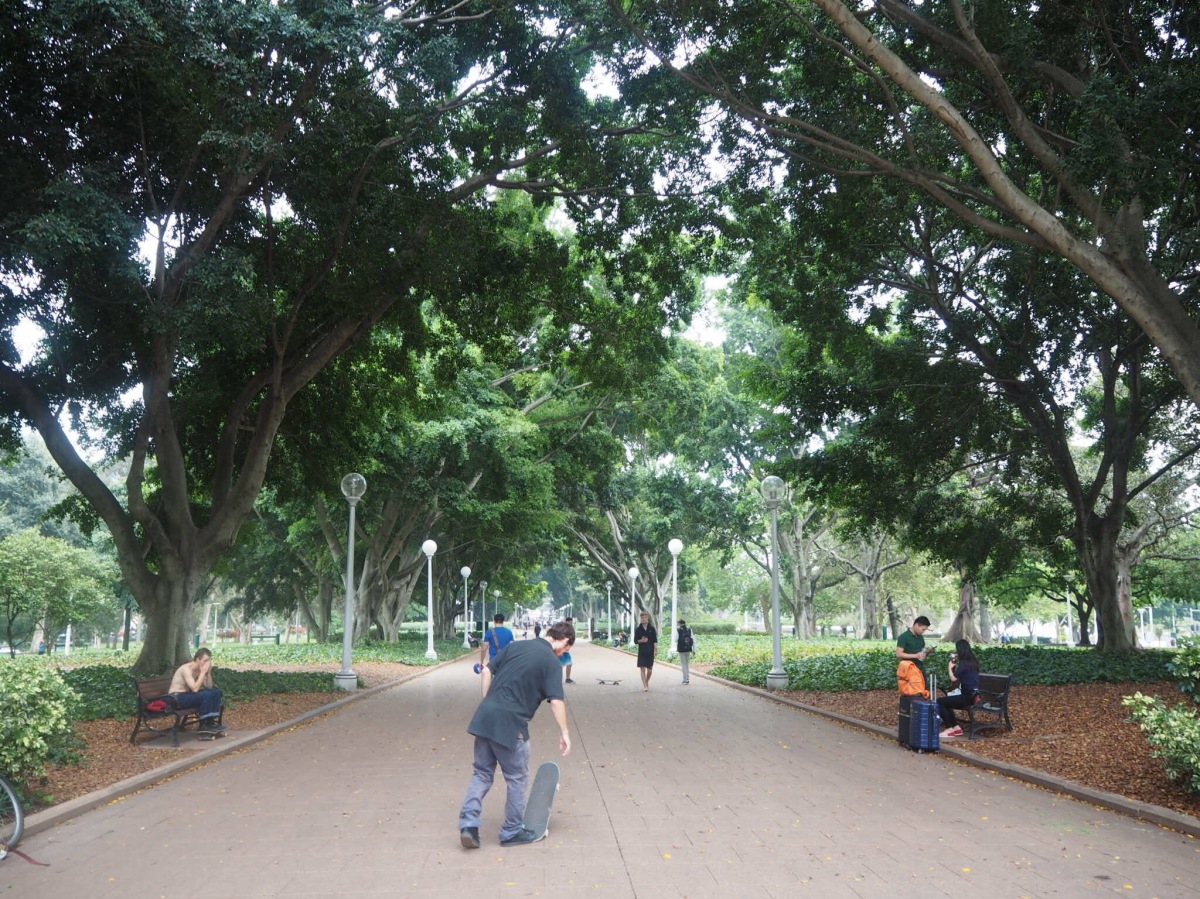 Tomorrow we say goodbye to Martins mother, who’s flying home to Denmark, while we head for Christchurch, New Zealand.