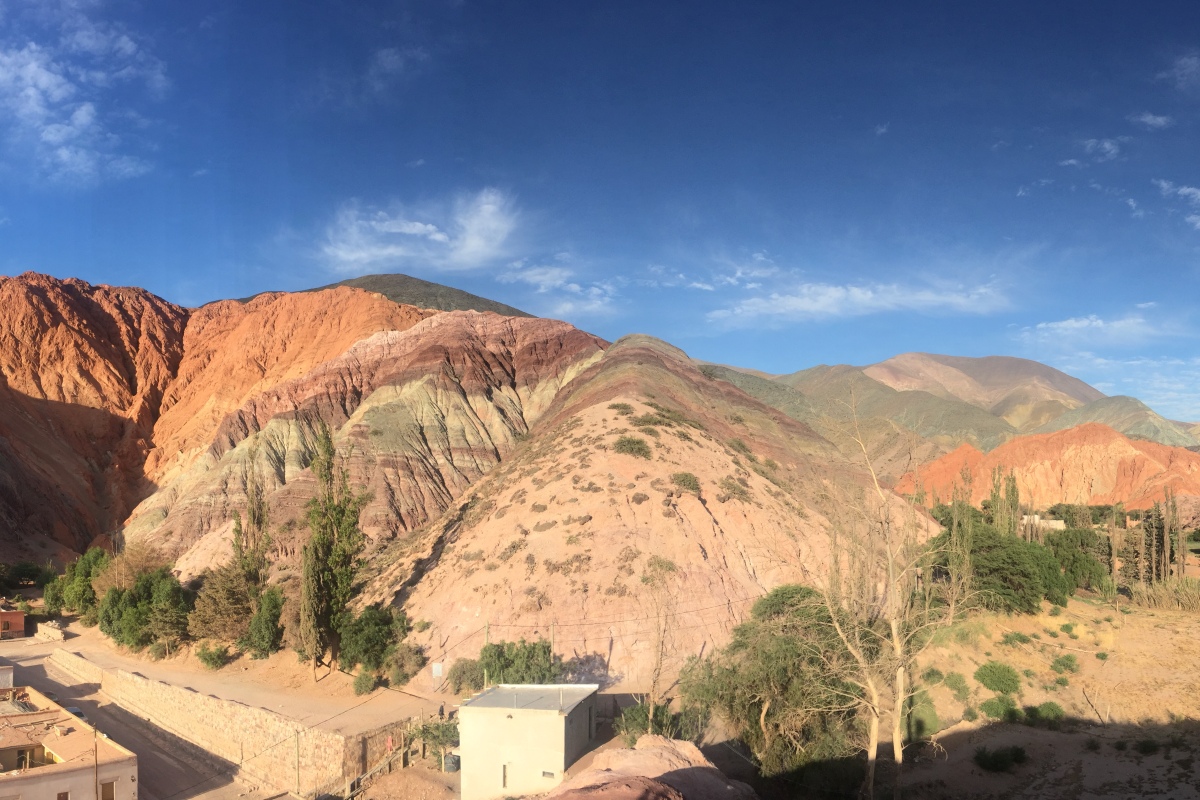 Although I really like the beauty and vastness of Patagonia, the northwest part of Argentina has quickly become one of my favorite regions in the country. The Andean feel with indigenous communities, llamas and Inca ruins plus the warm weather really appeals to me. And the people are much more “south-american” looking than in the southern part of the country, where there’s more european influence.

We spent two days in Salta, where we stayed at the lovely Stelares Hotel Boutique. And it was our turn to get lucky – for some reason they had chosen to upgrade us to their suite! So it was maybe one of the most luxurious stays we’ve ever had on ta trip, complete with jaccuzi and a bathroom the size of our livingroom.

Salta is a small but beautiful city, known for its Spanish colonial architecture and Andean heritage. We spent our two days here strolling the city and enjoying the sun. A must-see is the Archaeological Museum MAAM – Museo de Arqueología de Alta Montana de Salta. On display they have the mumified body of one of three children (rotated every 6 months) that was discovered on top of one of the mountains in the area. The bodies are amazingly well-preserved and gives you a good understanding of how the Inca culture and child sacrifices worked at that time. 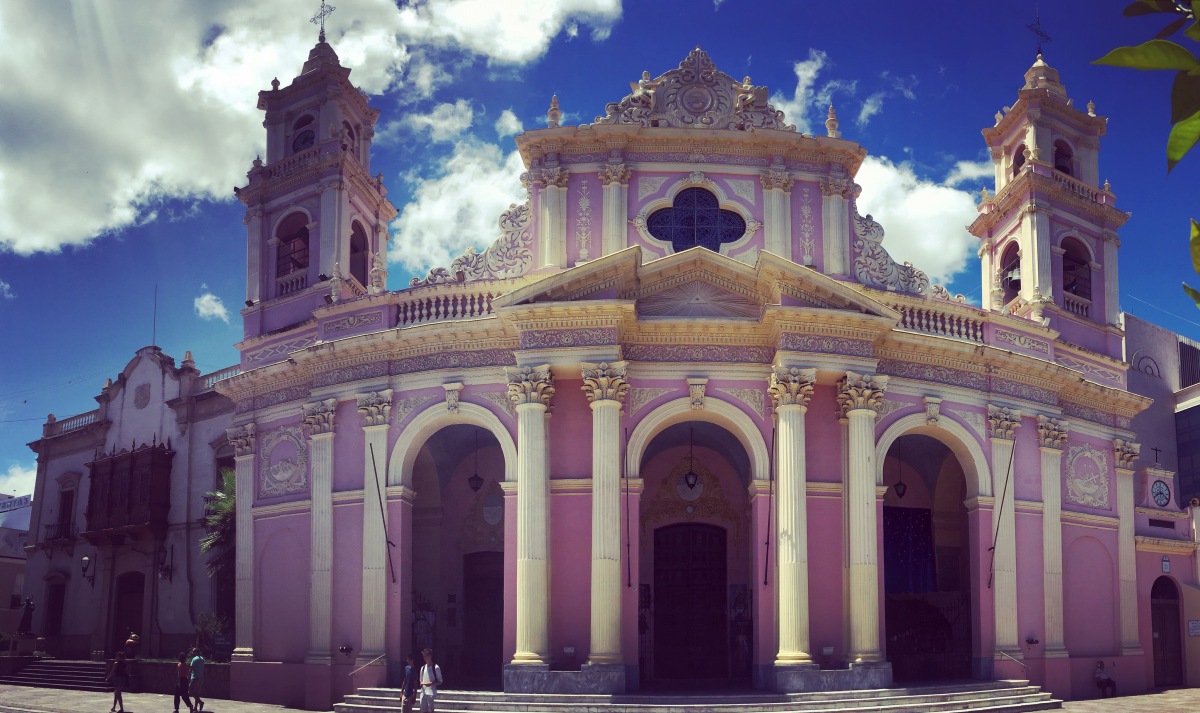 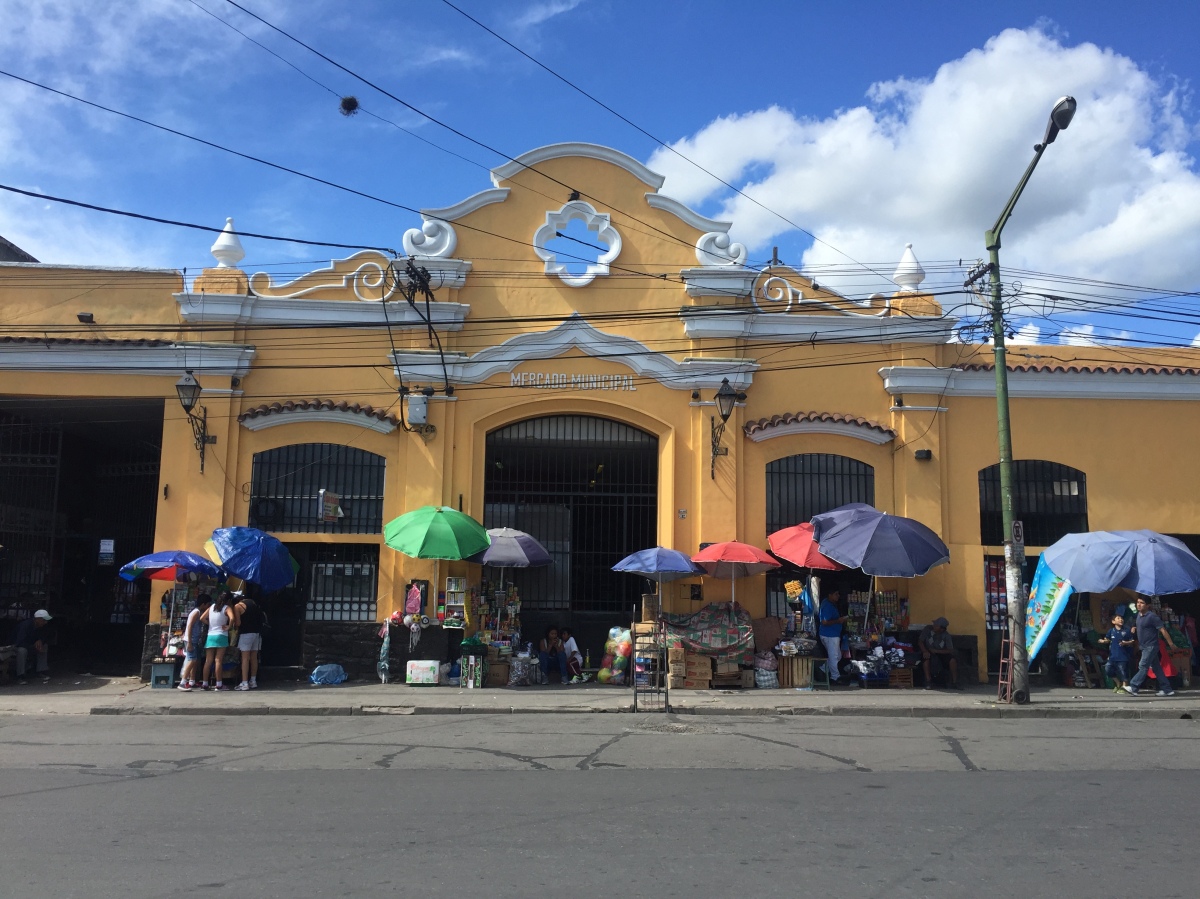 We then rented a car and drove north to the Quebrada de Humahuaca, which is a spectacular mountain valley in the province of Jujuy. The rock formations changes colors constantly and it was an amazing experience driving through the dusty and varying mountains, some places red, green or greyish and some dotted with cactus. Scattered around the mountains are picturesque, indigenous towns with a real Inca-vibe lined with markets and homey restaurants serving llama. We stayed in Tilcara for the night, which we read is many traveller’s favorite base for exploring the area, and we weren’t disappointed by the small and cozy town. In the afternoon we drove to the town Humahuaca, where we walked around a bit in the cobbled streets and bought a few things at the market. 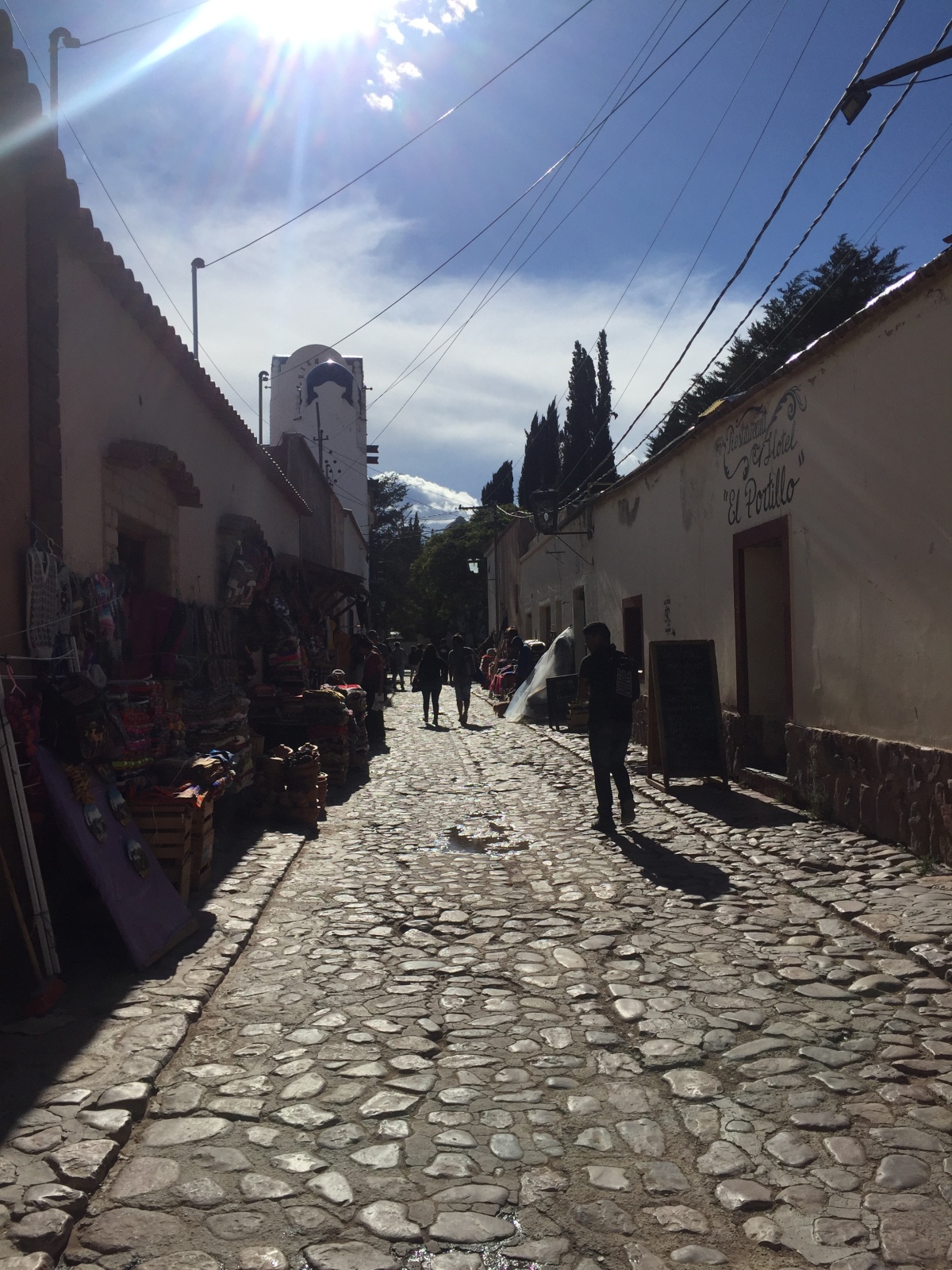 The next morning we woke up very early and drove to Purmamarca to see the Hill of Seven Colors (Cerro de los Siete Colores). The town was only just waking up when we arrived and it made the spectacular view of the colorful hill even better that we were almost alone and not surrounded by hordes of other tourists. 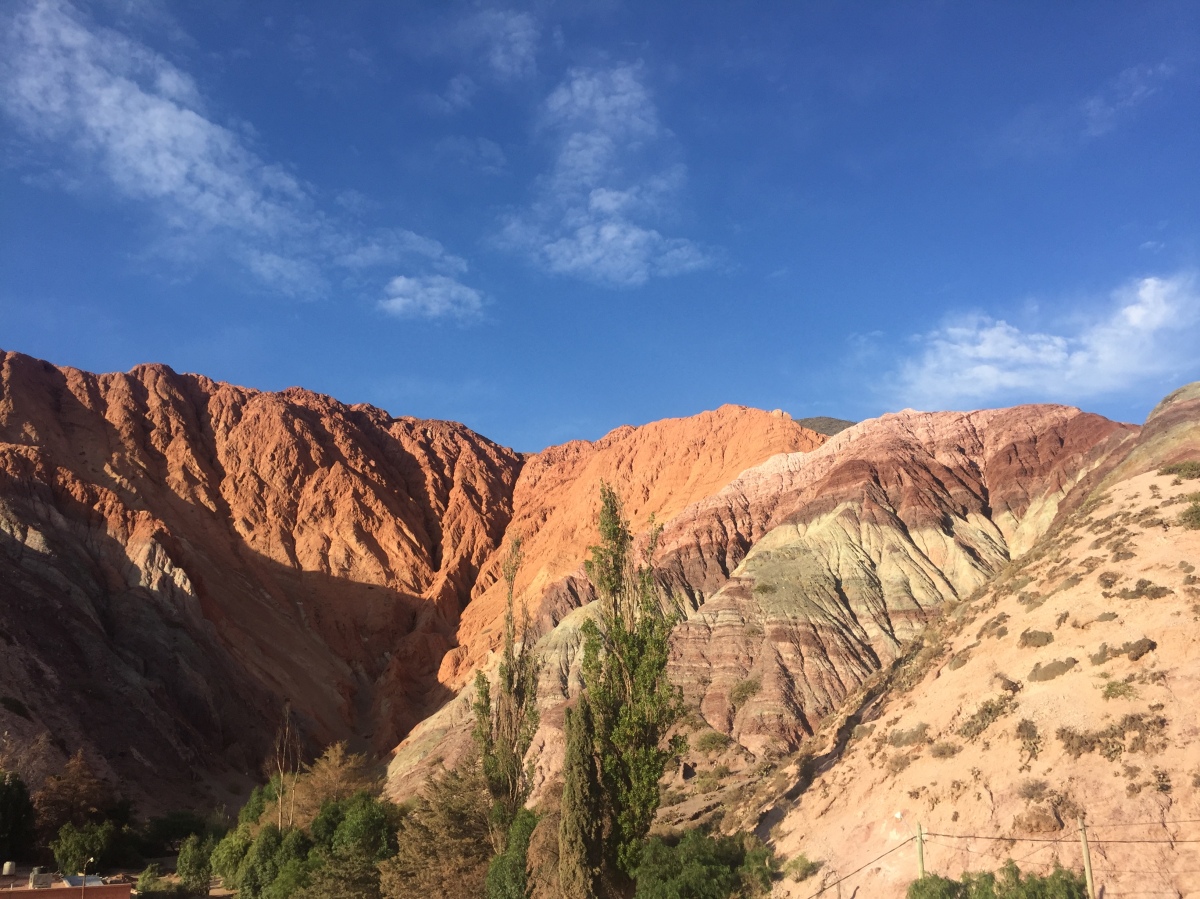 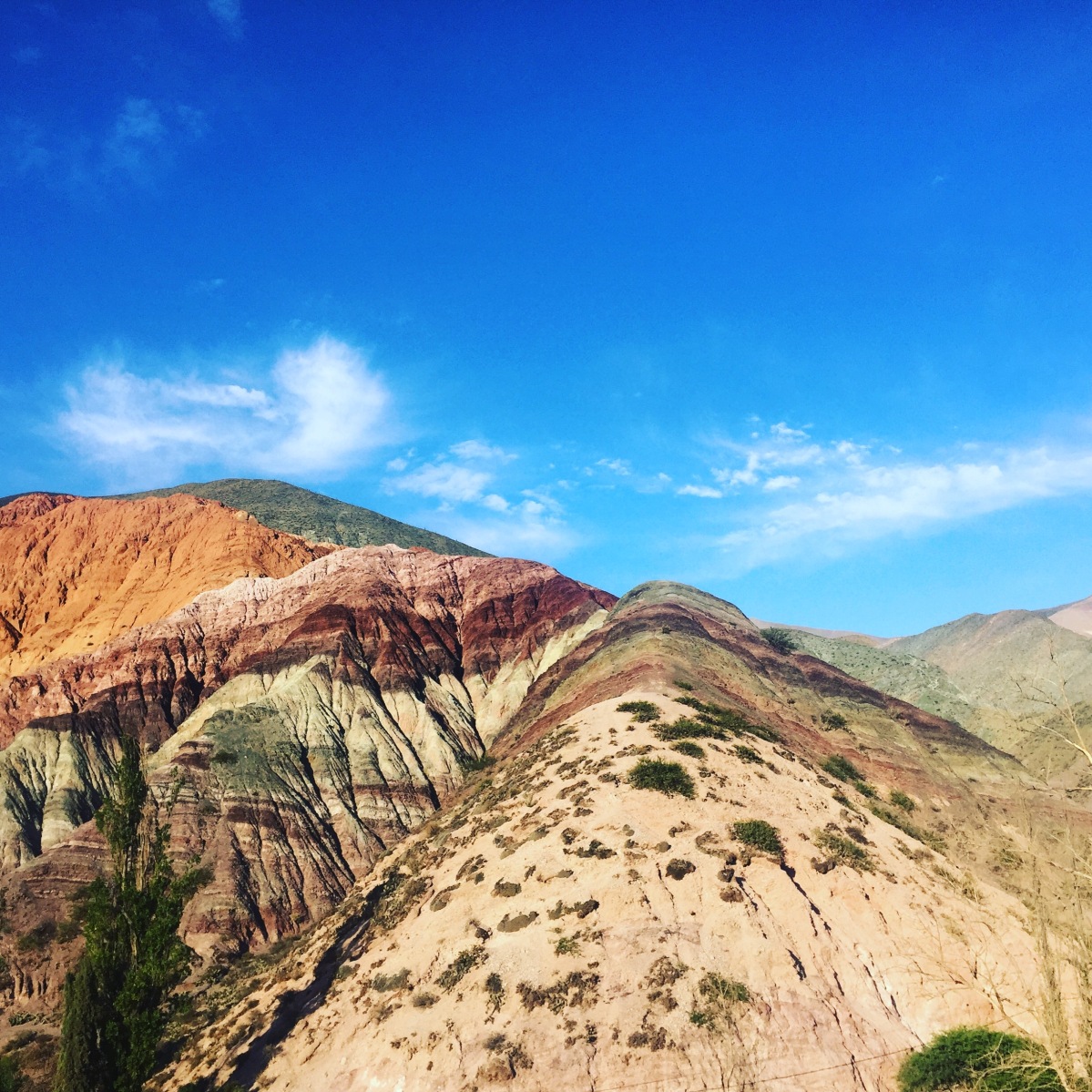 We then drove through the georgeous landscape seeing cactus and llamas on the mountains sides galore until we reached Salinas Grandes. It’s an former lake that dried up and is now a giant salt desert. There was a little tourist information desk, and my Spanish skills was tested thoroughly since all the guides did not know any English. The area itself is admission free, but it was mandatory to pay for a guide to take you there, and so we did. It was a very impressive experience to talk on the massive salt flats, all white and shiny with the mountains in the background. Stunning! 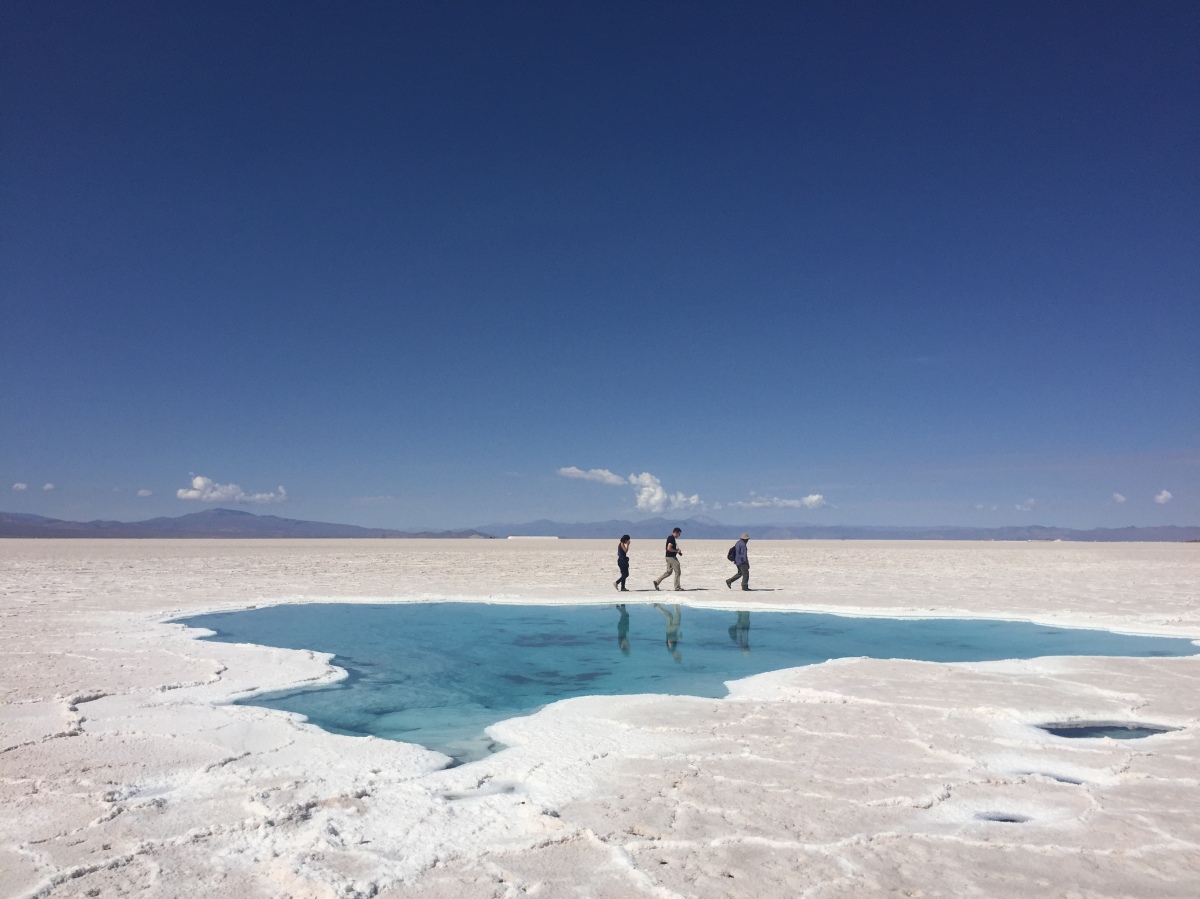 Afterwards we drove back the pretty winding roads to Purmamarca, where we had some food and checked out the artisan marked. And then it was time to drive back to Salta, where we dropped of our rental car and got on a plane to Puerto Iguazú.