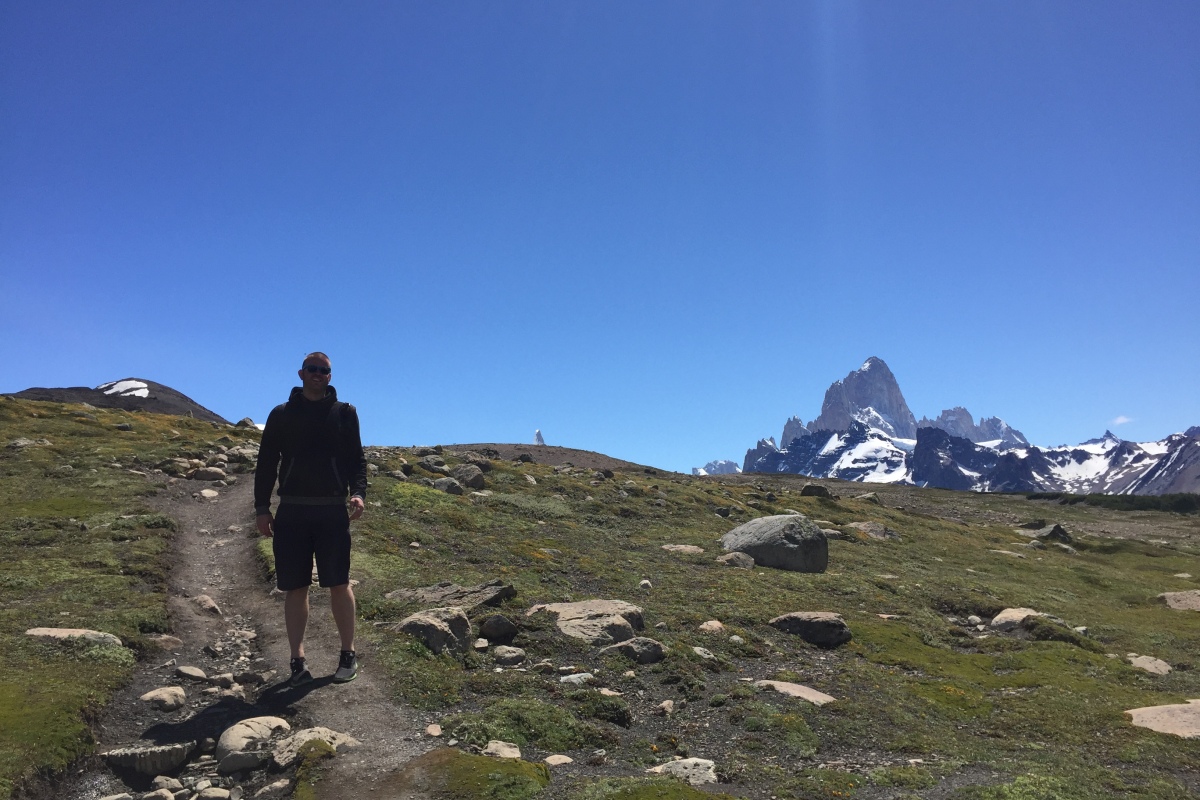 The last few days we’ve spent in El Calafate, which is a small city in the Southwest part of Argentina near the southern border of Lake Argentino. It serves as the main hub to visit different parts of the Los Glaciares National Park, including the Perito Moreno, which was also our reason for staying.

We booked a day-trip to Perito Moreno via our hotel, and was picked up in the morning. The trip was, so we were told, a bit different from other day-trips to that destination, since we took the old road there which meant that we avoided some of the large busses and large tourist groups. The old road was also not paved, but all-in-all this meant that we saw more of the wildlife. We also visited a small farm on the way where we got to see some  Guanacos. 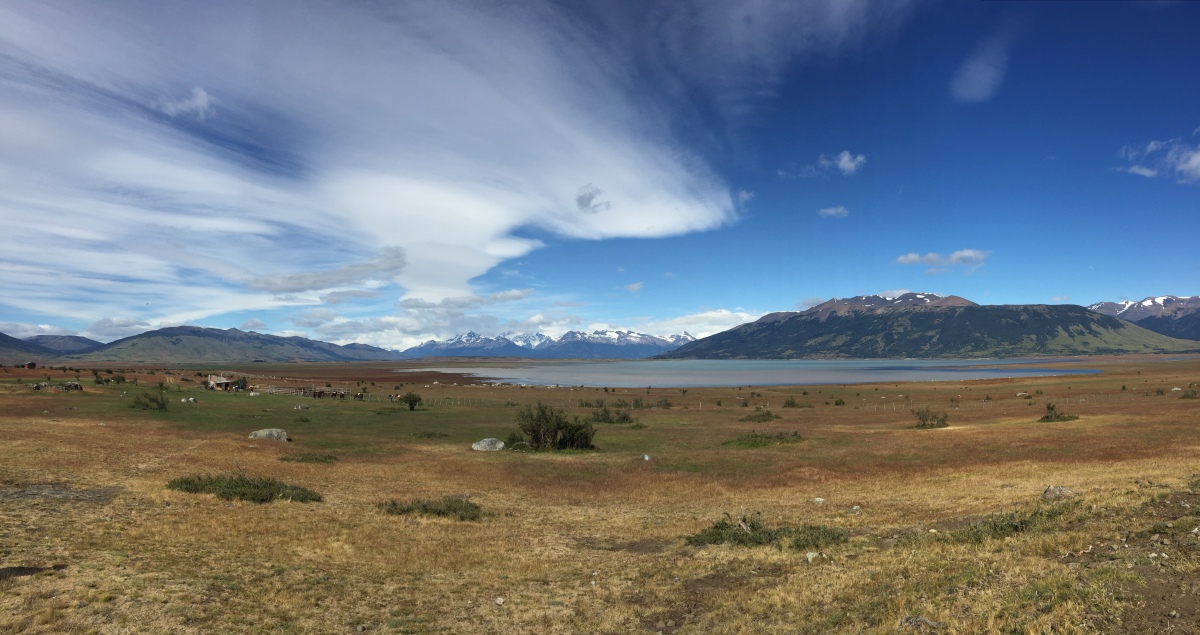 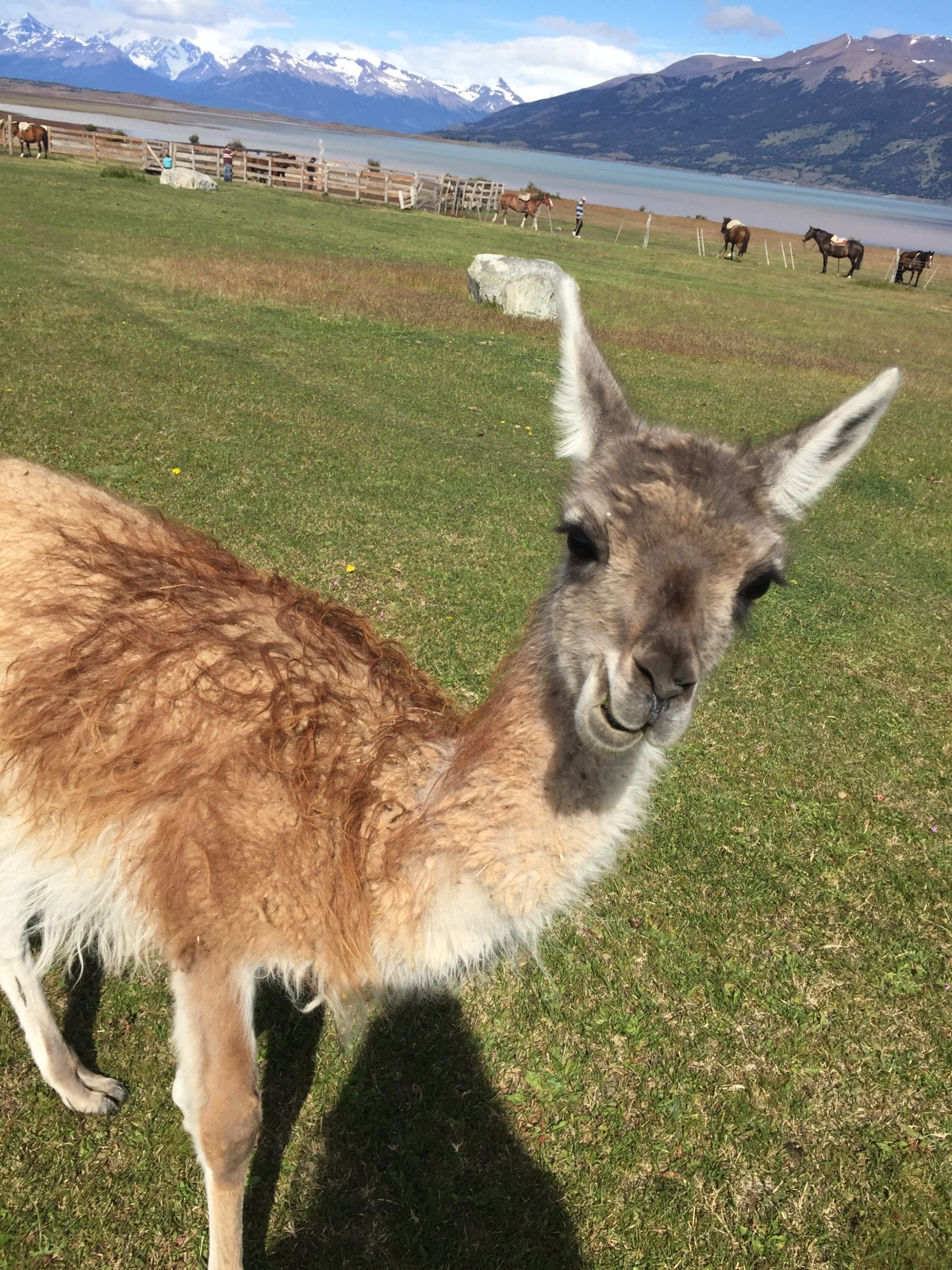 We had a fantastic day at the Perito Moreno Glacier. I’d never seen a glacier before and I must say I was speechless! It’s one of the most amazing and beautiful sights I’ve ever seen. We were really lucky that the weather was fantastic with lots of sun. I will let the images speak for themselves: 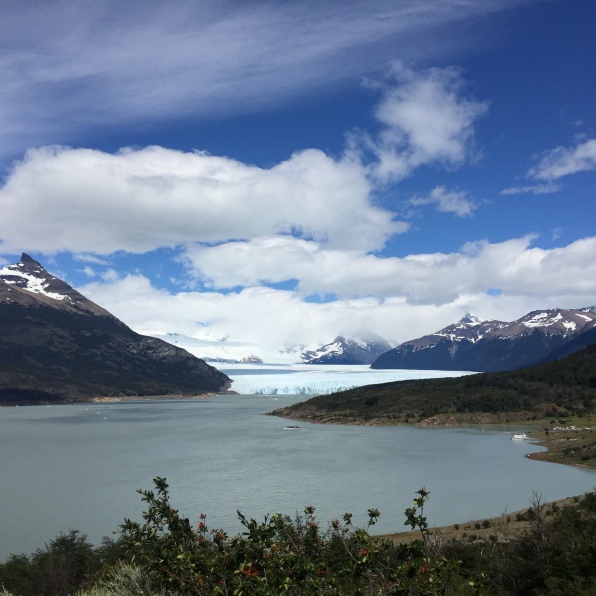 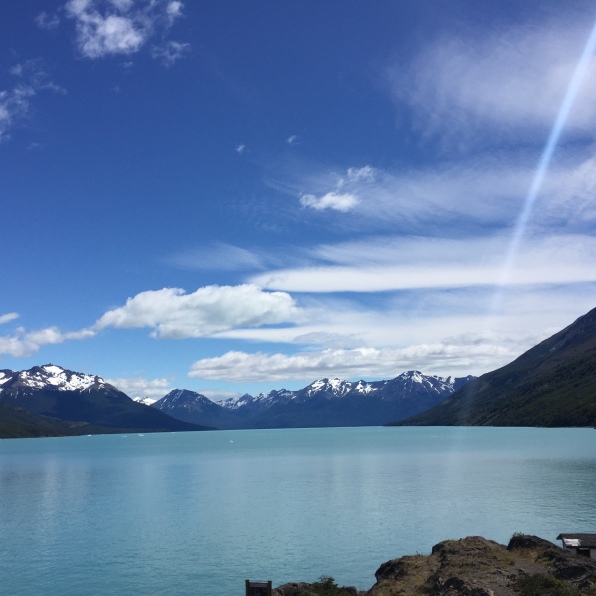 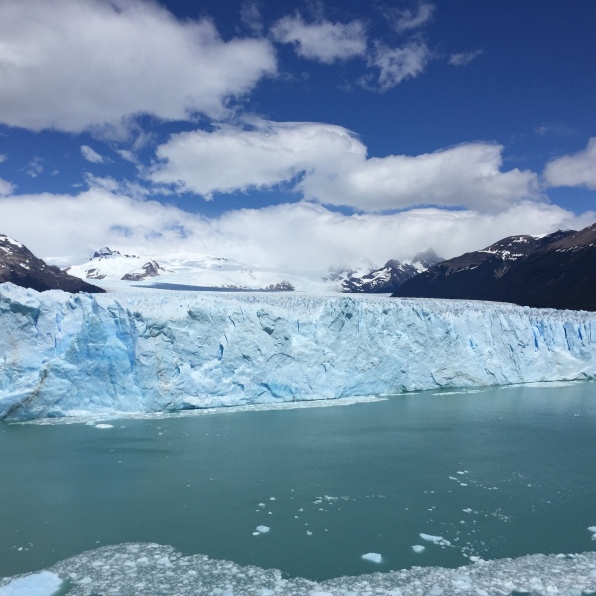 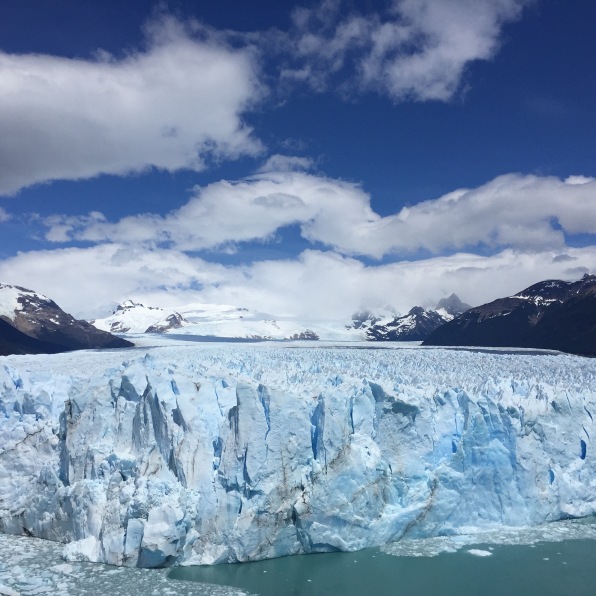 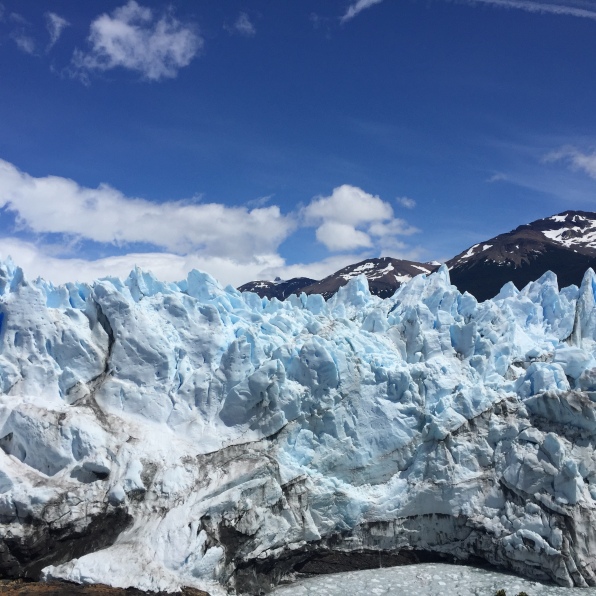 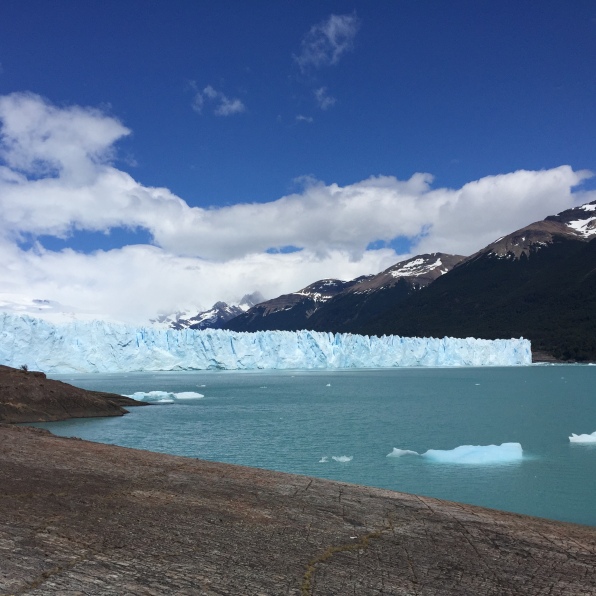 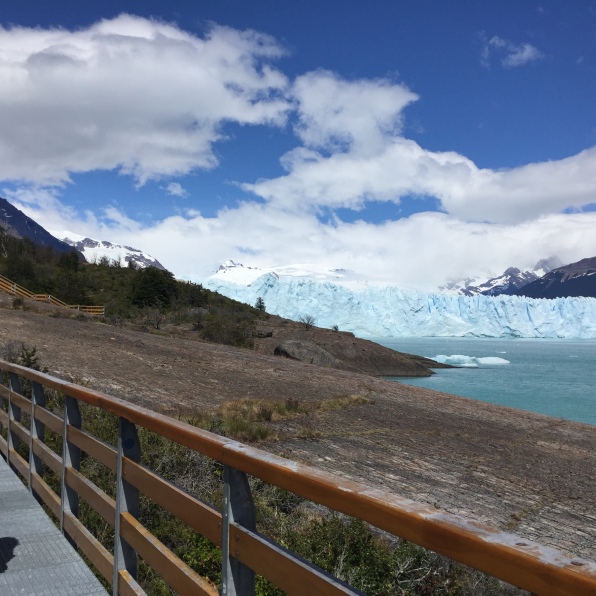 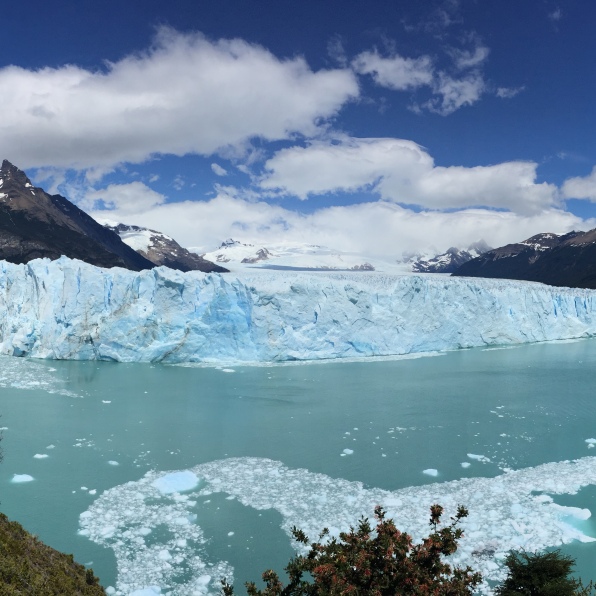 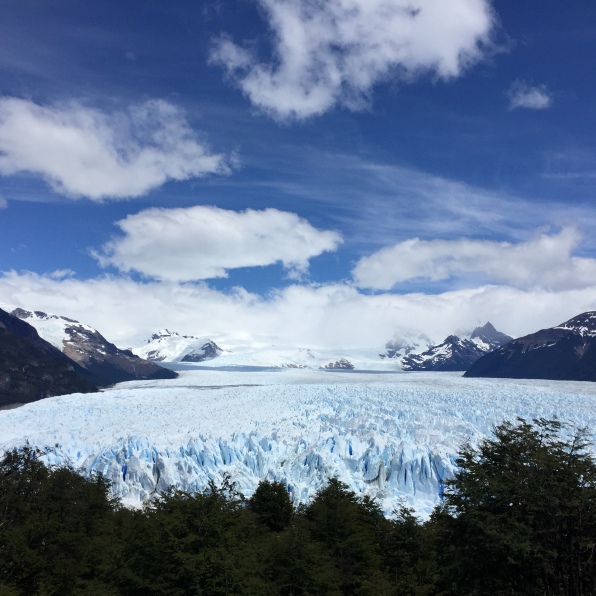 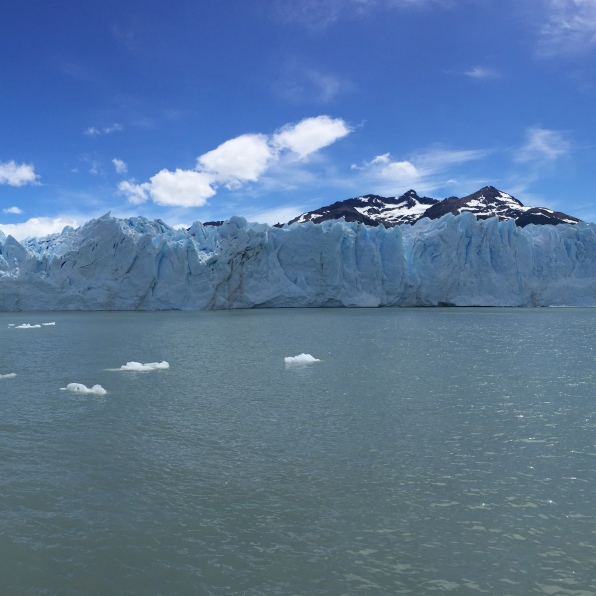 From El Calafate we took a bus to El Chaltén, which is a small town in the northern sector of Parque Nacional Los Glaciares, known as Argentina’s “Trekking capital”. We arrived on the 31st of December, and we had actually planned for a calm day, doing only a short trek so we would be fresh for celebrating New Years Eve. However, the ranger at the visitor center recommended doing “Loma del Pliegue Tumbado” that day, since it was a beautiful, sunny day with almost no wind – and the next day the forecast said wind, clouds and rain! So we quickly changed our plans, went to our hotel to change clothes and pack for a day of hiking and off we went! 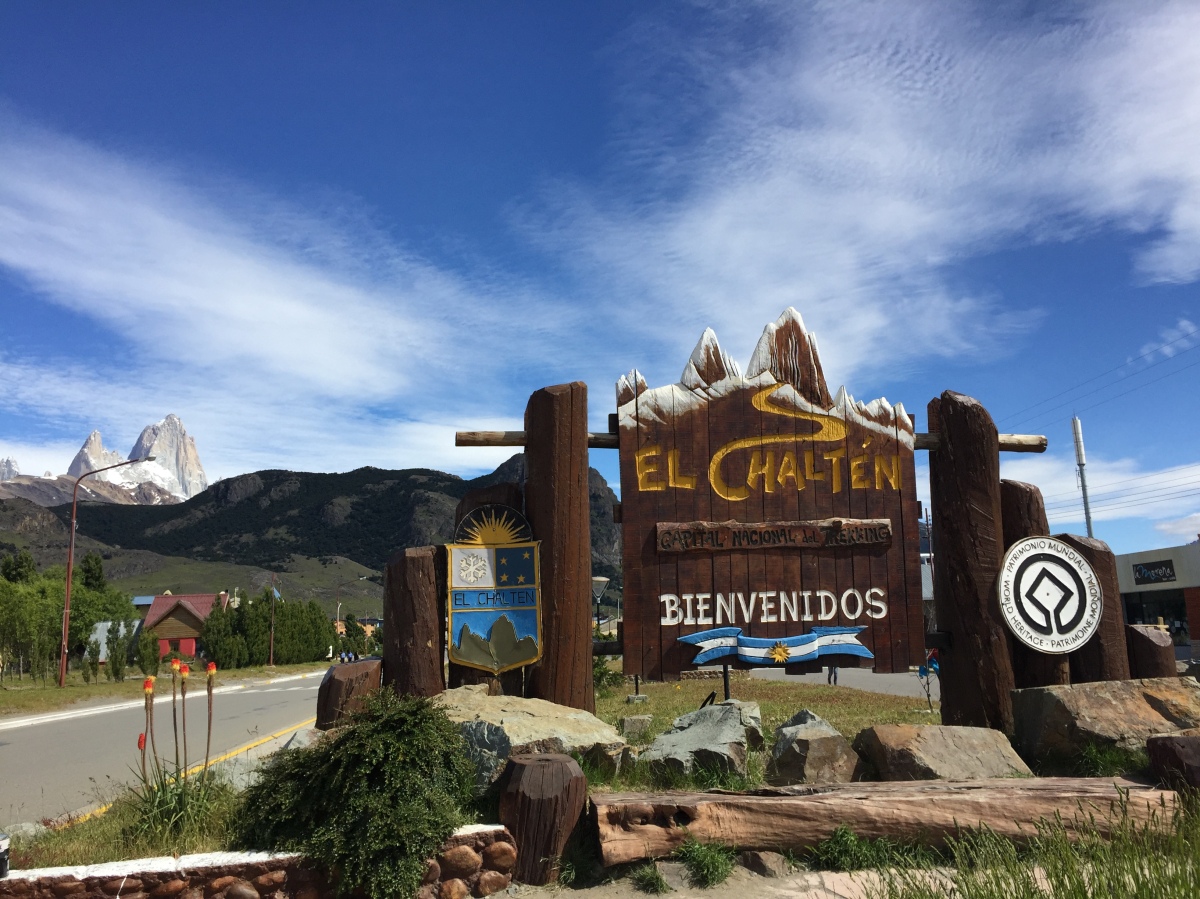 The hike was approximately 10-12 km to a stunning panoramic view of Fitz Roy and Cerros Torre and a surprise; a glacier (Grande Glacier) at the foot of Fitz Roy. The total hike ended up being around 20-24 km, and the health app on my phone said we ended up walking more than 30 km that day! It was a beautiful day and a fantastic hike, although it was tough on my pregnant body – but totally worth it! 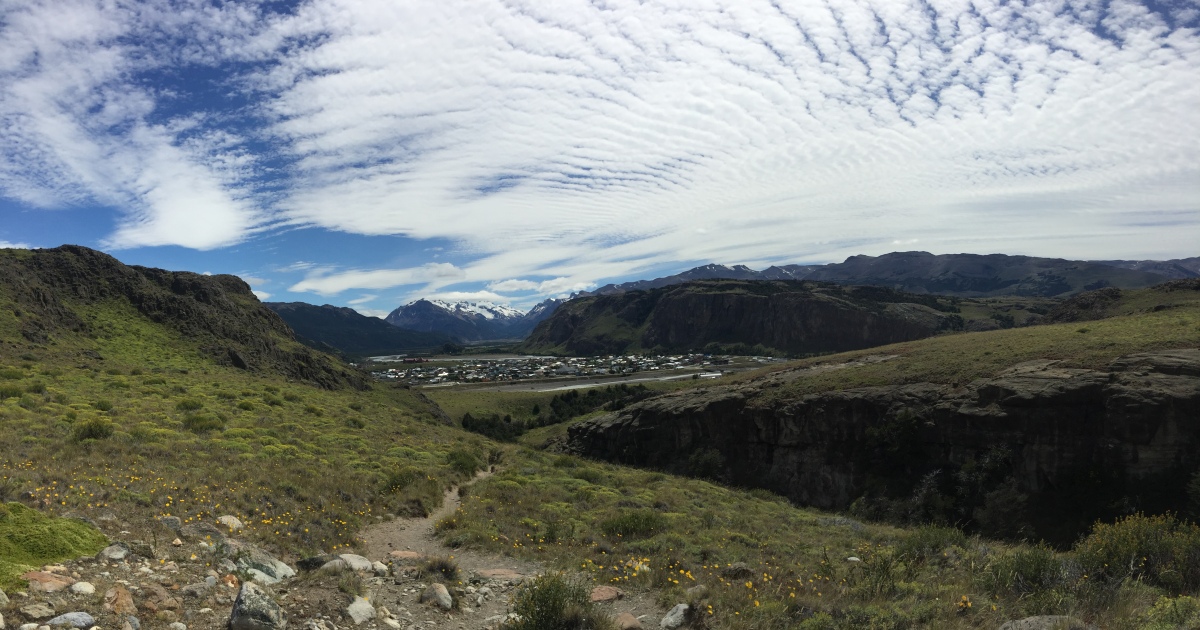 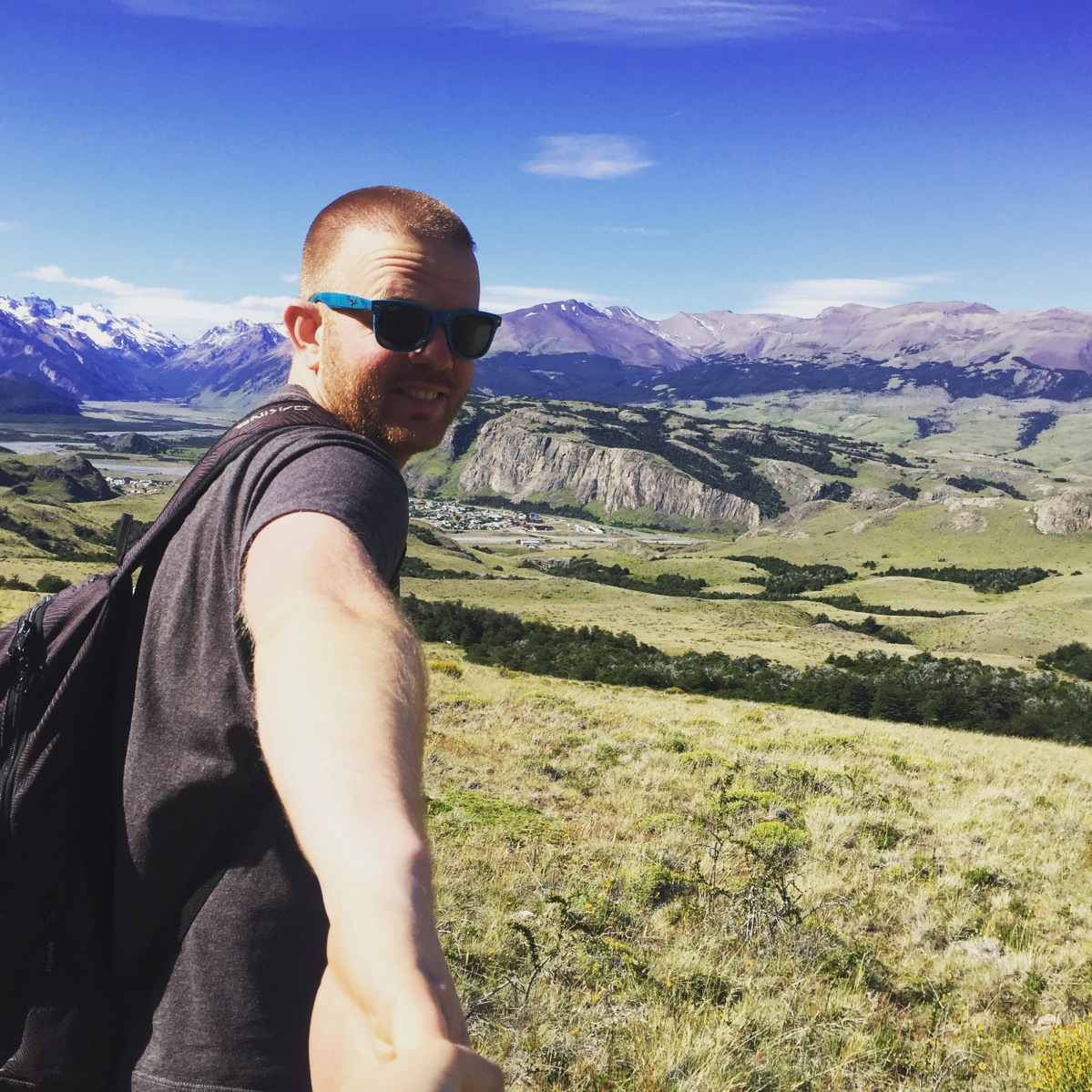 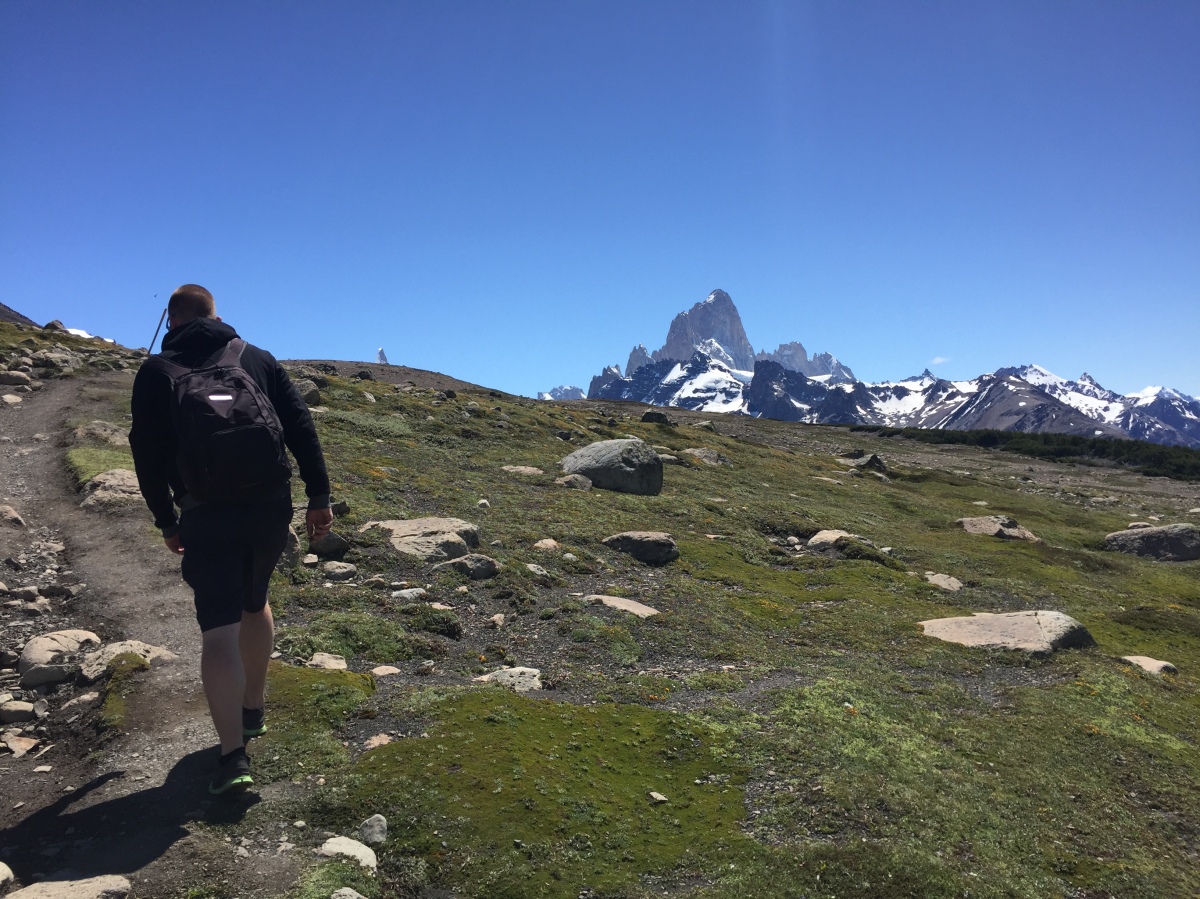 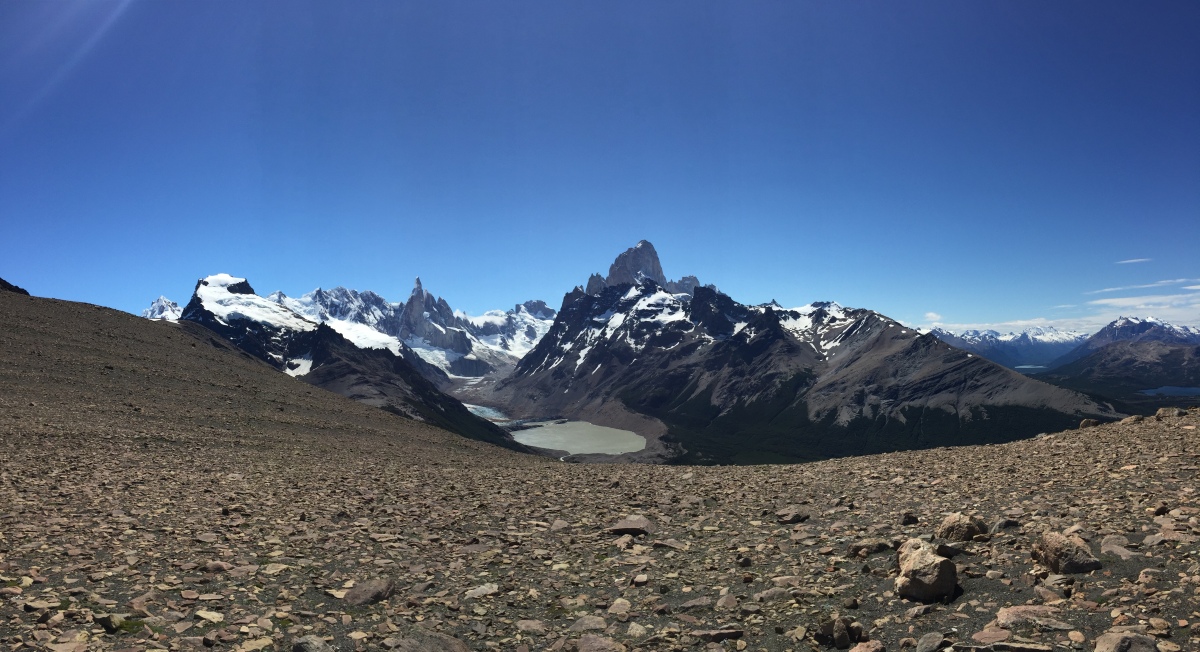 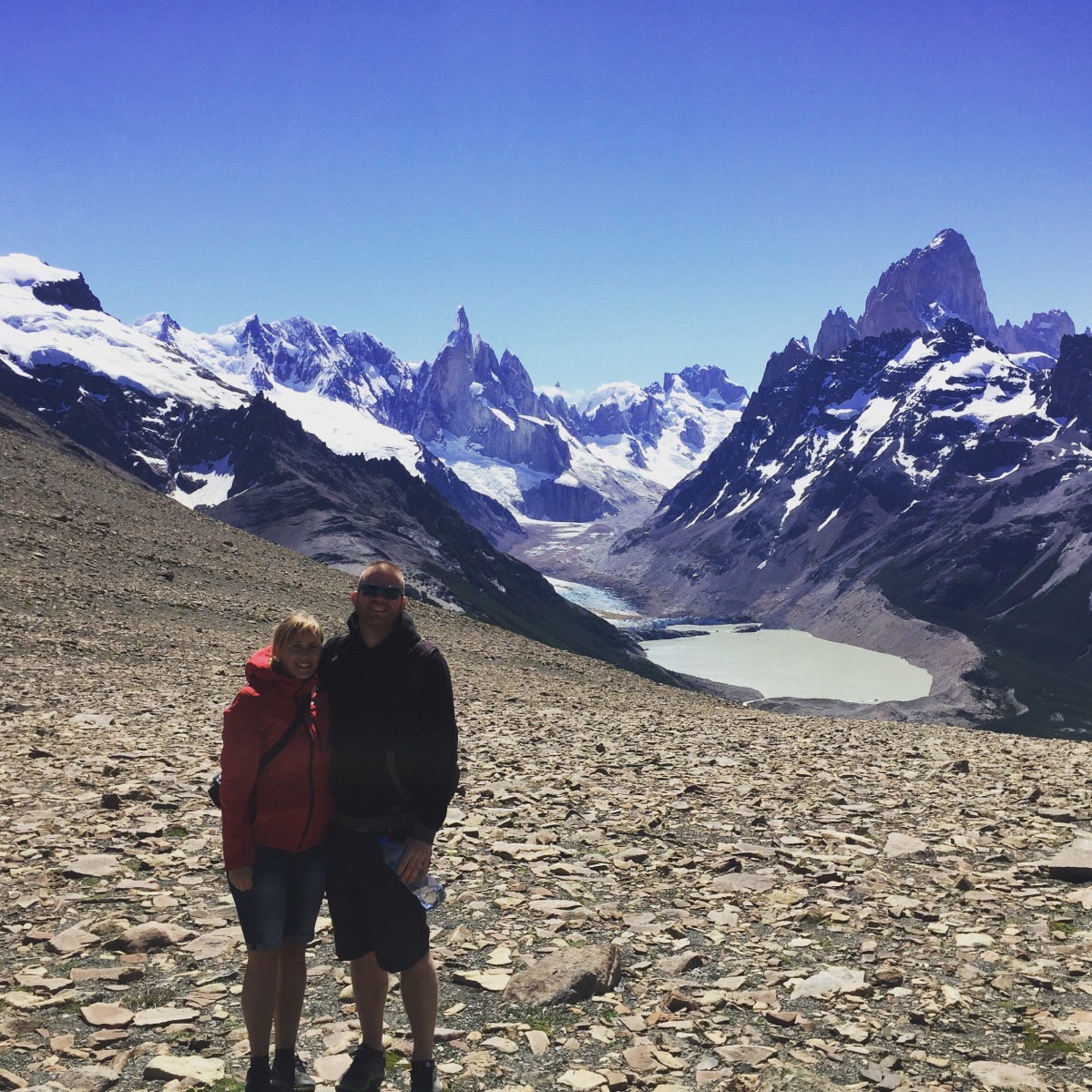 When we got back to our hotel we were beat and sunburned, so we slept for a few hours before going out to dinner to celebrate New Years Eve. After dinner we went back to our hotel and watched a movie, but ended up falling asleep around 11!

The next day, first day of 2016, was grey and windy, exactly like the forecast had predicted. We were still quite sore, but did not want to miss out on some more trekking, so we went on a shorter hike to Laguna Capri. This was about a 2 hour hike one way and a more relaxing hike. The views were much less stunning than the day before, which the clouds made sure of. But nonetheless, we enjoyed the hike and it only made us more happy with our decision to do the long hike the day before. 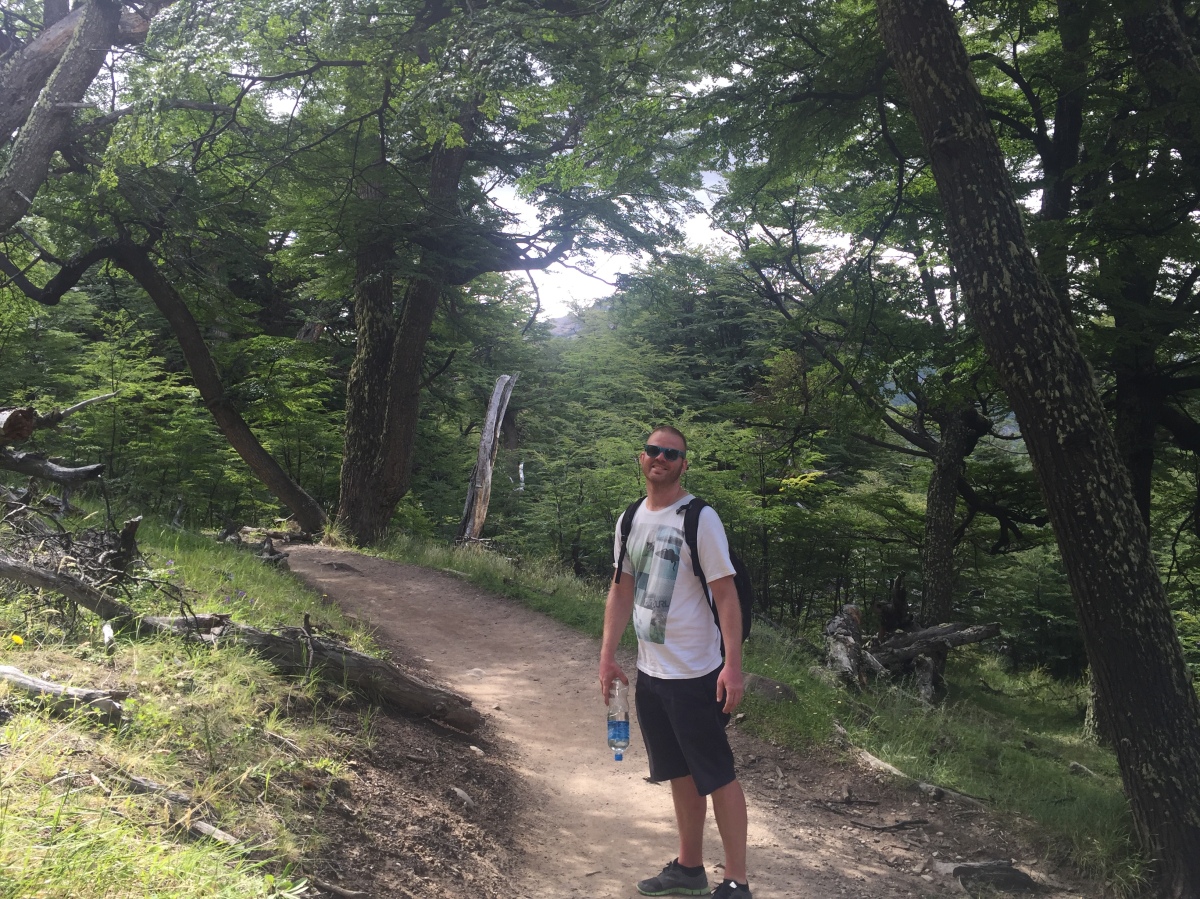 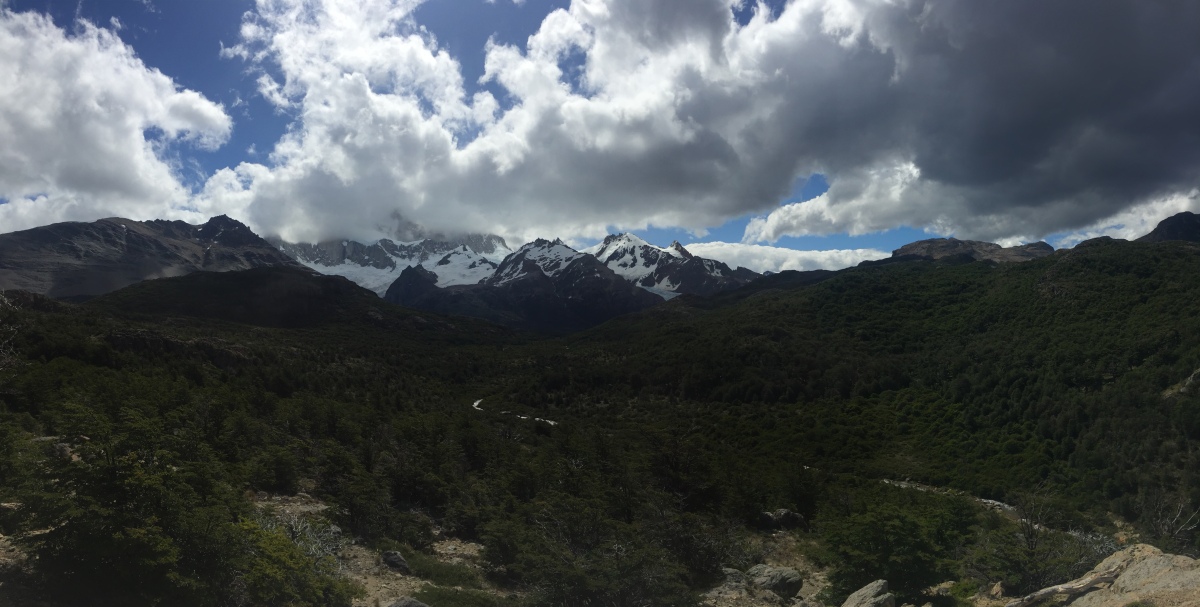